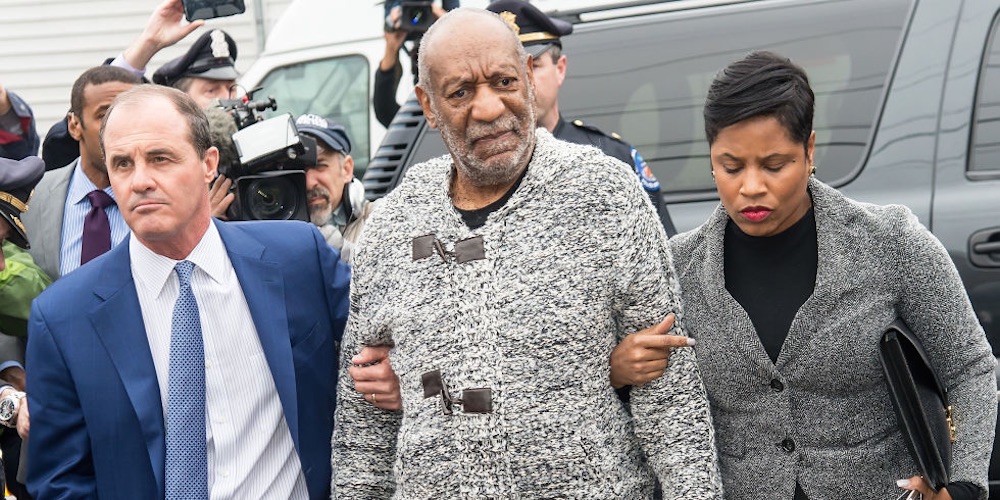 It was great to begin with, but this takes it to another level.

You probably saw yesterday that years of being accused of sexual abuse finally caught up with Bill Cosby and he was arrested and charged with aggravated indecent assault charges.

Cosby showed up at the Montgomery County courthouse in Elkins Park, Pa early yesterday afternoon and naturally there were a shit tonne of video cameras there to capture his walk into the courthouse. It was even better than you could have imagined though, as he looked like he was swearing to himself and then tripped up about halfway through it. Asshole can’t even not look like an idiot on the way to his own court date.

However, someone made it even better by adding the Cosby show theme music into the video too. Gold.

I mean cosby already looks stupid for that, but let’s hope he actually goes down for all this because there simply can’t be any way he isn’t guilty considering how many people have come out with absolutely despicable stories about him, can there?

If you like this video, check out this one of Boca Juniors coach and Larry David lookalike Carlos Bianchi being presented to a packed stadium of Boca fans to the Curb Your Enthusiasm music.