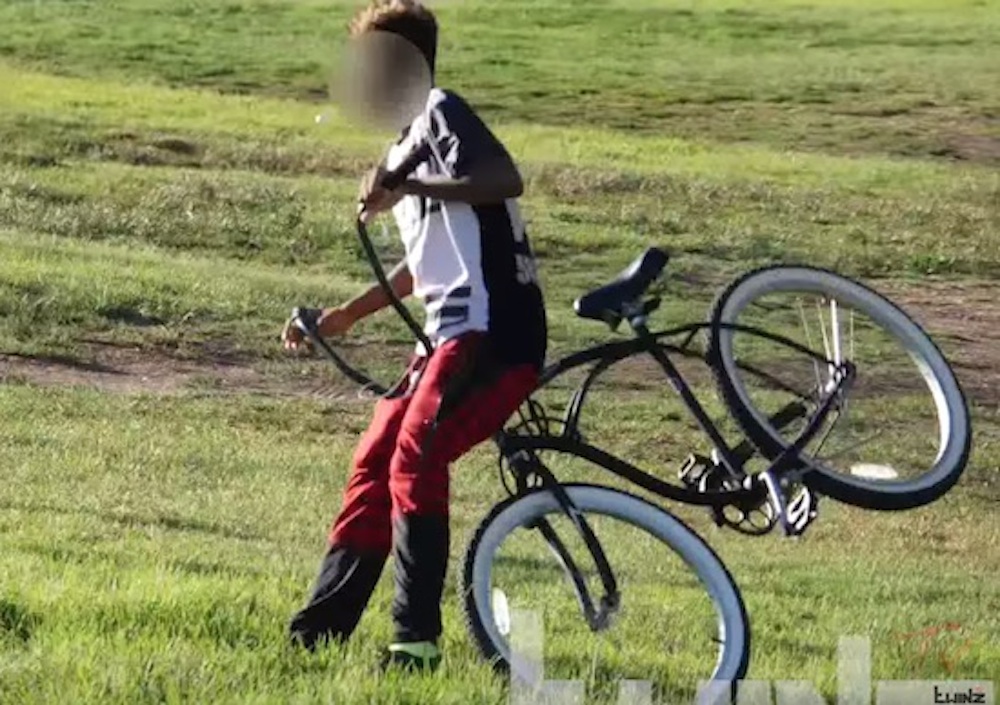 Having your bike stolen is one of the worst feelings in the world because they’re super expensive and you probably have to walk home too afterwards. It’s even worse when somebody just steals the saddle off it or something when it’s all locked up. It basically sucks and just proves that people can be the absolute worst sometimes.

That’s why it’s great when you see videos like this. Someone was obviously a bit too pissed off with their bike getting stolen and decided to set up a trick to absolutely punk all the wannabe bike thieves out there.

It involved leaving a bike secretly tied to a tree so it looked like it was unlocked and free to steal, so that when the thieves rode off on it it buckled and they went flying into the handlebars, completely knackering out their balls. Poetry in motion – although maybe not so much when you see the twist ending.

An immensely satisfying compilation, I’m sure you’ll agree, but is this the best way of dealing with bike thieves? Or is going around to their house after you find them on Craigslist and stealing your bike back? Or is ramming him off the road in your car?

To be honest I just wish we lived somewhere like Amsterdam where you didn’t even have to worry about any of that kind of shit and could just leave your bike on the road and nobody would even dream of stealing it. Sadly, I doubt that will ever be the case in most places in England though.