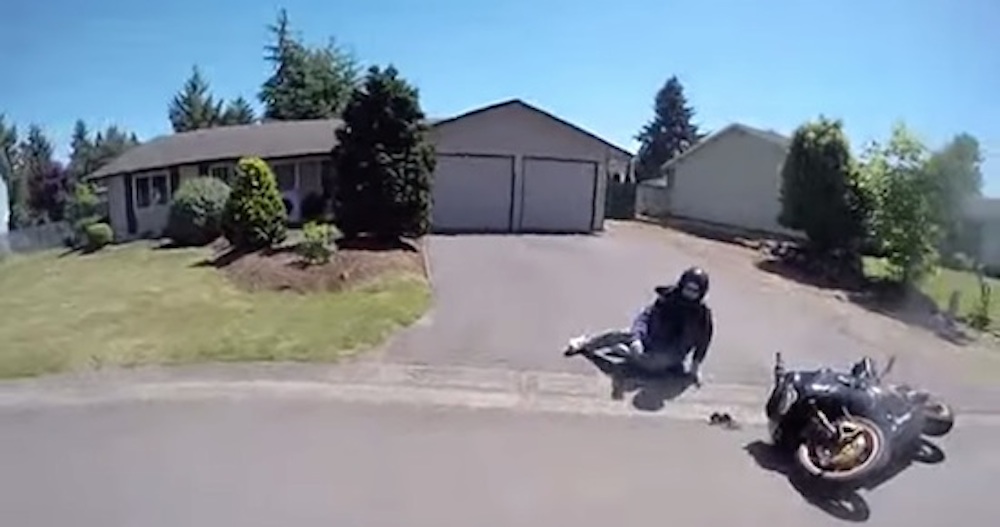 There’s nothing better than seeing someone in the wrong getting their comeuppance and this is another video where exactly that happens.

There isn’t much context but it seems like the guy at the front has stolen the other dude’s buddy’s bike and he wants to get it back. He does this in excellent fashion by speeding up after him and then ramming him off the road in a move reminiscent of Road Rash, if you remember that from years and years ago. Don’t think I’ve ever seen anyone do anything like that in real life you know – it’s perfectly executed.

Anyway, as the dude says: ‘that’s what happens when you steal a homie’s bike’. I like it.

Guy Gets Started On By Ten Drunks; Proceeds To Deliver Justice