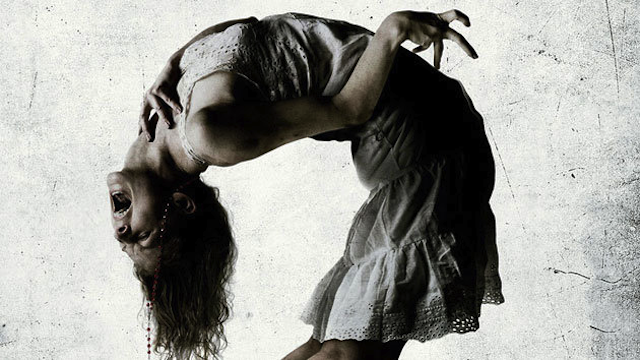 Over in Poland, some guys found an unconscious friend in one of the most bizarre positions possible, akin to Paranormal Activity or The Exorcist or something.

This video was sent in with a link to a Polish website so I don’t really know anything about it, other than what you see in it.

It’s basically mostly some guy fiddling with the lock on the toilet trying to get it open for the most part, but when he does get it open you’re confronted with a truly bizarre site of an unconscious man whose spine is contorted all over the place, kind of like someone who has been possessed in one of those exorcism movies. Really freaky.

Perhaps the most disturbing part of the video though is that his Polish friends aren’t shocked by it, they’re just completely cracking up over it like it’s normal behaviour. I don’t know what they’re drinking over there, but remind me never to try it.