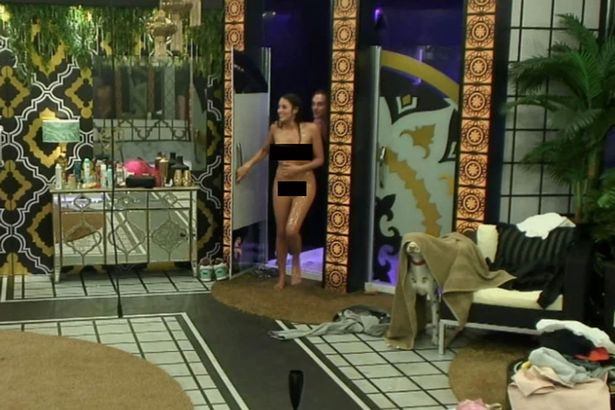 Celebrity Big Brother on Channel 5 has been hit with 54 Ofcom complaints from people with nothing better to moan about after they showed full-frontal nudity from two housemates on last night’s episode.

Marnie off Geordie Shore and Lewis off TOWIE were getting it on in the shower, and at one point Marnie walked out of there fully starkers while Lewis also had his cock on full display for the cameras.

We have received 54 complaints about Celebrity Big Brother from last night. We will assess these complaints before deciding whether to investigate or not.

Do these Ofcom complaints ever even go anywhere? Seems like all it does is bring more attention to the shows in question while making the complainers feel like their opinion matters in the slightest. How about just change the channel next time yeah?

For the time a CBBC show aired an ISIS-style execution of a boiled egg (and picked up a few Ofcom complaints themselves), click HERE.