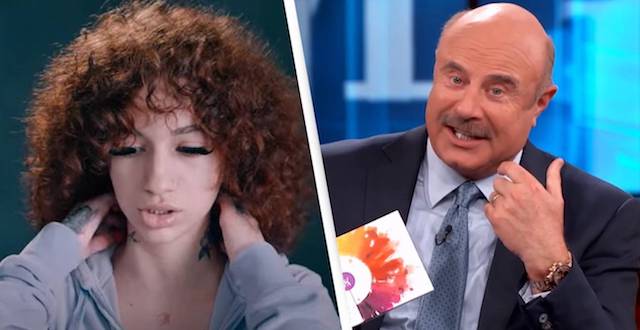 It’s not even midday on Monday and we’ve already got our first abuse claim of the day after Bhad Bhabie – who you may remember as the viral ‘Catch Me Outside’ girl from Dr Phil a few years ago – is saying that she was abused at the Turnaround Ranch that she was sent to by the talk show host after her appearance on the show.

The music superstar made the allegations against the Turnaround Ranch in an emotional video that she posted on her YouTube channel on Friday. Take a look at it below or read some of the main points underneath that:

While I was there, a lot of crazy things happened. I saw a kid being held down for just trying to leave.

Honestly, I don’t think he was trying to run away, I think he was just trying to walk out the door and get some time to himself and they restrained him and held him down.

They wouldn’t let me lay down for nothing. Like, I was falling asleep and they’re like, ‘Oh, get up, get up.’

So I’m just sitting here like, ‘This is gonna be really bad,’ when I see these people have no sympathy.

Sounds like a pretty traumatic and awful experience for her, but to be honest this is kind of how I expected these ‘discipline camps’ or whatever you want to call them to go about their business. Whether or not this is the right way that people should be acting is another question, but I don’t think it’s that surprising that this is the kind of stuff that was going on in them. We’ll have to see if there are any consequences, but normally it only takes one person speaking up for something to happen.

For more of the same, check out when Bhad Bhabie had a fight with Whoa Vicky and got totally battered. Ouch.