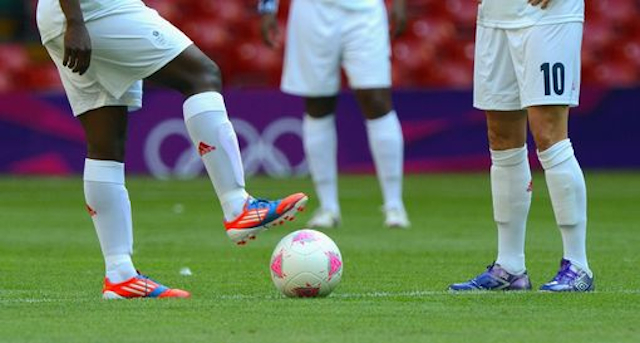 This has got to be the best idea for a kick off ever. Truly exceptional stuff and inspired tactics, although I’m kinda surprised nobody has thought of it sooner. I suppose they may have done but just not had the guts to go for it. It’ll be interesting to see if this team –  Red Bull Leipzig from German second division – will use these tactics again, as in this clip they seem pretty much undefendable, but I guess we’ll have to wait and see what goes on with that.

Basically, when they went to kick the game off, Red Bull Leipzig set up seven players on the halfway line and then got them all to run forward to the edge of the opponent’s area once the whistle had blown. They then got a defender to punt the ball up to the edge of the area. The opposing team –  Stuttgart II – were unable to deal with so many players hassling them and getting in their faces and following a flick on and a pass found themselves 1-0 down after only 7 seconds of the game. Not the best of starts. Following this unbelievable set play they were shellshocked and unable to recover and ended up losing the game 3-1.

It’s a gutsy move by Red Bull but one that seems to have paid off. There’s probably less danger doing it right at the start of the match as players aren’t as switched on on the opposing side and aren’t ready to deal with something like this, and also the Red Bull players would have a lot more energy and so if they did screw it up would hopefully be able to run back in time to deal with any counter attacks. It’s brilliant in my opinion. Only time will tell if it becomes a regular dirty trick in their arsenal akin to Rory Delap’s long throw at Stoke.