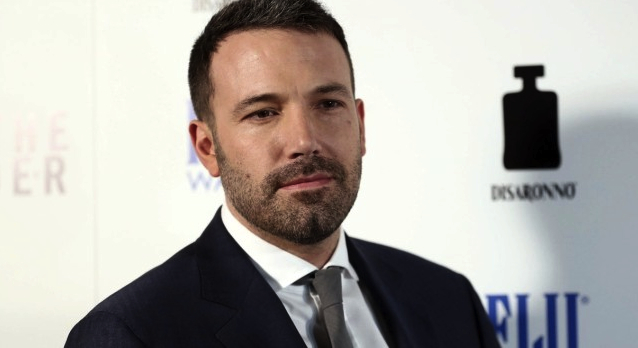 Hell hath no fury like someone with a computer who doesn’t agree with you.

The digital hive mind went into apoplexy over the last 24 hours as it reacted en masse to an URGENT AND HORRIFYING NEWSFLASH, namely that Jennifer Lopez’s ex-husband has been cast as Batman. You can debate the merits of such casting at your leisure but what is of far greater amusement to us here at Sick Chirpse is the apocalyptic shitstorm of disbelief and hatred that erupted across the Internet in wake of the news. Seriously, you’d think people had just been told that oxygen has been privatised.

â˜› More Superhero Fun: How To Make Your Own Wolverine Claws

Within hours of the announcement, one John Roden of Ludlow, Kentucky had set up a petition on change.org demanding that Affleck get the heave-ho. Quoth he: “His acting skill is not even close to being believable as Bruce Wayne and he won’t do the role justice. He’s not built, nor is he intimidating enough for the role of Batman. His portrayal of Daredevil was atrocious and he’s not remotely close to an action star. Please find someone else.” Ouch!

At the time of writing the petition had already got over 2,000 signatures because as we all know, mega-rich and ultra-powerful Hollywood executives can obviously be brought to their knees by a bunch of enraged, entitled little lambs bleating their indignation online.

Meanwhile, on Twitter, relevant hashtags were flying about the place (#Batfleck was one of the better ones) with such dizzying speed that trying to keep track of them would result in motion sickness. Everyone had an opinion and more often than not, it wasn’t a positive one;

This is what I have to say to Batfleck #betterbatmanthanbenaffleck pic.twitter.com/Elj18sAzxk”

Ex-Star Trek actor and professional nerd Will Wheaton weighed in on the controversy with this cutting jibe, presumably because he was jealous that they hadn’t cast him as Batman instead;

Really looking forward to seeing Affleck bring the depth and gravitas to Batman that he brought to Daredevil and Gigli.

And it wouldn’t be the Internet if someone didn’t over-react via a combination of current events mixed with staggering insensitivity, bad taste and a profound lack of perspective, like this guy;

Amid the chaos and outcry there is a slight bit of deja vu here. Heath Ledger’s casting as the Joker in The Dark Knight received a similarly dismissive response, and even Christian Bale was an unknown quantity in the mainstream when he was cast as Batman. Also bear in mind how almost no-one thought Daniel Craig was going to be any good as James Bond and now the entire planet wants his babies.

Either way, for better or worse, Ben Affleck is Batman and Batman will presumably be punching Superman in the face a lot when the two go head-to-head in a titanic face-off on July 17, 2015. Insert predictable joke bout Matt Damon being Robin here.