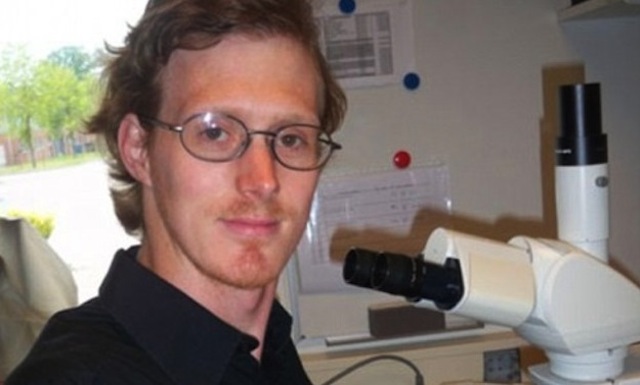 Michael Smith from Cornell University was doing research into bee stings by letting them sting him on various parts of his body, including his face, arms, ass and balls.

Michael Smith from Cornell University was doing research into bee stings by letting them sting him on various parts of his body, including his face, arms, ass and balls, as a means of finding out where the most unpleasant place to be stung is.

He found that although bee stings to the penis and balls were painful, they were nowhere near as painful as being stung in the nostril. 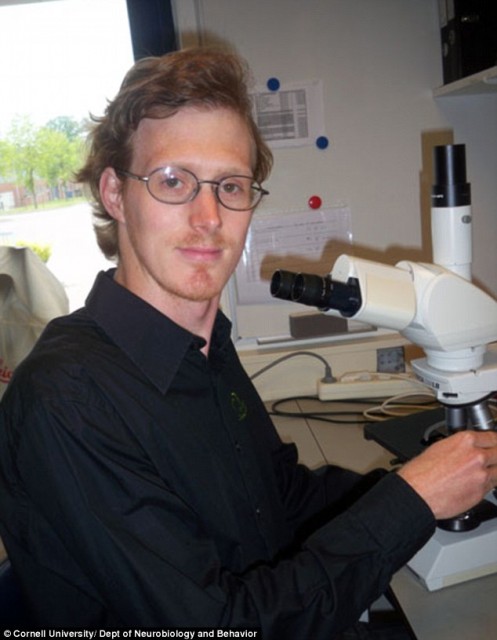 The idea came about when he was discussing working with hives with his academic supervisor:

We speculated it probably really would hurt to get stung in the testicles. Two days later, by chance (?), I did get stung there. It didn’t hurt as much as I expected it to.

That was the inspiration to then choose 25 spots all over his body to have bees sting him on over the course of 38 days, with each body part getting stung 3 times and given a mark out of 10 for pain.

The only real question is – what was the point of this experiment? I know, I know, he wanted to measure where on the body is the most painful place to receive a bee sting. Again, what’s the point? I’m pretty sure most people know to keep the fuck away from bees.

Not sure this experiment is going to make any Nobel prize-worthy changes to the world but as long as Michael enjoyed himself I guess that’s all good. In case you’re interested in the results, here are the top 10 most painful places to be stung:

Watch Next: Battle To The Death – Wasp Vs Bee