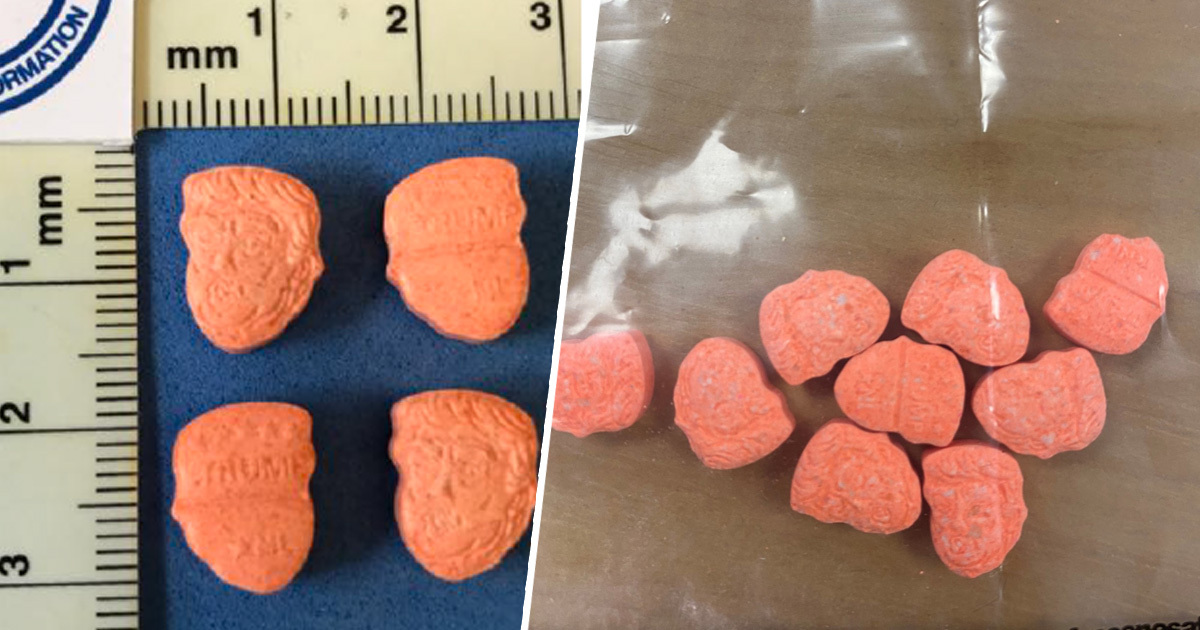 I’m not sure how many people are dropping pills and going out raving at the moment – we’re still kinda in the middle of a global pandemic, you know guys? – but apparently it’s so many that police in Bedfordshire are issuing a warning about some potentially deadly Donald Trump shaped ecstasy pills floating around that neighbourhood.

A man in his 30s in Luton was arrested in possession of the tablets over the weekend and it was later determined that they contained a very high dose of MDMA. Detective Sergeant Ryan Barnes had the following to say about the pills:

Criminals are constantly seeking new ways to sell their drugs and make them more appealing.

MDMA tablets have been moulded to look like a number of culturally popular items before’ and the Donald Trumps are one of the more recent examples of this.

People may view the ecstasy tablets shaped like his head as a novelty and therefore be more inclined to purchase them.

However, the ‘Donald Trumps’ are dangerous tablets that contain extremely high levels of MDMA and could put anyone taking these in serious harm.

If you come across these or any other type of drug, please do not take them for your own safety, as you can never be sure what these pills contain.

I guess that’s pretty good, solid advice – although it does kinda imply that it’s OK to do any other pills that you come across and you should be fine/have a real good time, which I’m not sure really fits into the official UK government stance on the matter. I know he says any other drug, but the severity of that is kinda lessened when he’s saying especially watch out for the Donald Trump ones, you know?

Still, I suppose safety is paramount so it’s wise of him to release this statement about them and do some actual good police work i.e. saving lives for once. Fair play. Don’t take the Trumps. And don’t vote for him either if you’re eligible.

For more of the same, check out the ten strongest ecstasy tablets from last summer. Wonder where the Trumps compare?