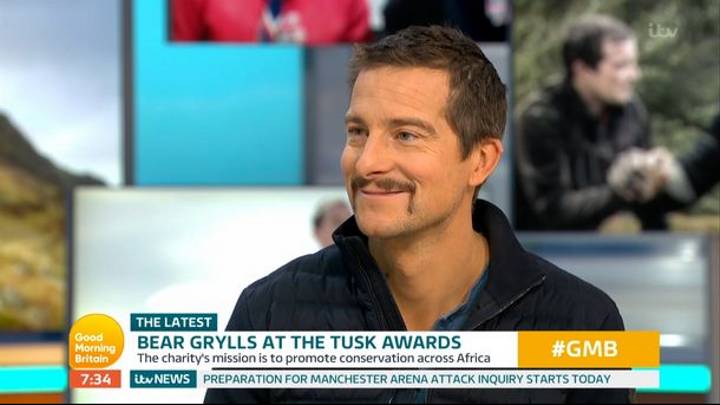 I think it’s fairly standard that almost everybody in the world agrees that the handlebar moustache is a bad idea except for those that actually have them and the latter group can now add another member to its contingent in the form of Bear Grylls.

Is Bear starring in an Aladin Pantomine this Xmas with a moustache like that?

Why does @BearGrylls look like your standard movie villain with that moustache?! @GMB

In fairness to the guy, he was well aware of the fact that he looked like a complete and utter knob jockey and explained that it was because he was taking part in Movember and had grown a big ass beard for it, but didn’t feel appropriate attending a marines dinner he had to go to looking like that. Not really sure that turning up looking like the plumber who comes over to take a look at your pipes and ends up boning your mom is a much better look but that’s up to him I suppose.

Kinda sad to see it go come the end of the month because it definitely has a certain ‘je ne sais quoi no wait actually you look like a div with it’ about it but there you go. Make the most of it whilst it lasts.

For more of the same, check out when Bear Grylls smashed through the window for his This Morning interview. Show off.