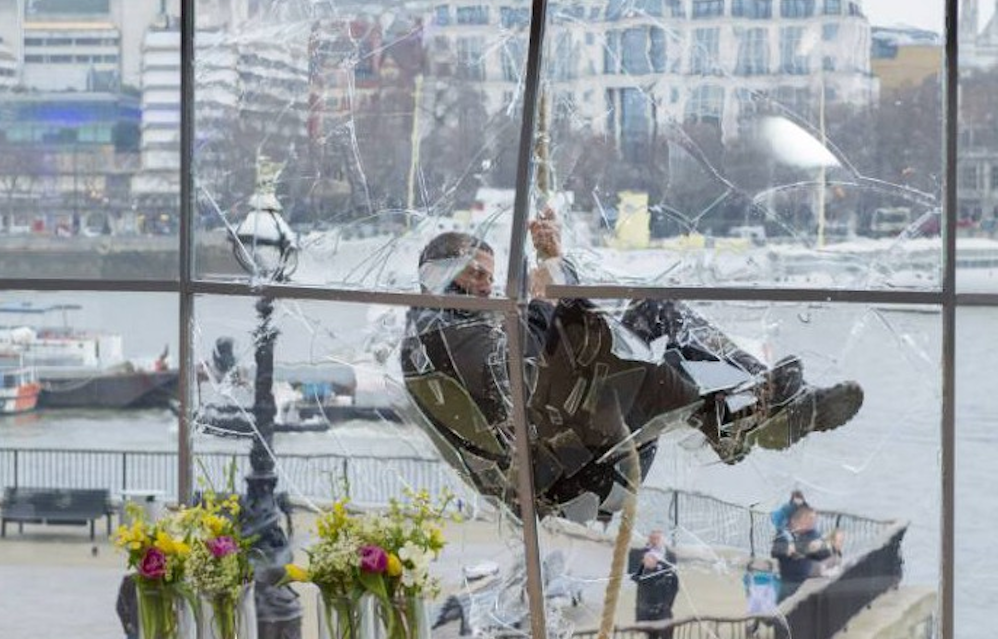 Because of course he did.

In order to promote his new show Mission Survive, Bear Grylls decided to scale up the This Morning building and then smash through the window before his live interview on the show. I mean of course he did, it’s Bear Grylls right?

Mission Survive aims to take eight ‘celebrities’ – including Loose Women’s Jamelia, Max George from The Wanted and Silent Witness’ Emilia Fox (you cans ee why I put celebrities in inverted commas right? – and puts them in the most hostile environment Grylls can imagine. They’ll be forced to abseil down ferocious waterfalls, cross rapids, and eat rats as they make their way through the jungle. They then get voted off as the challenge progresses, with the criteria for elimination being ‘the one that Bear thinks is most likely to have died’. It’s a shame that it isn’t for real and they actually face the risk of death, but I suppose TV hasn’t reached that level yet unfortunately.

Bear had this to say about the show:

There’s no blueprint for a hero. I’m searching for the ultimate survivor. These guys are all rookies, never done anything, it’s not about how you start, it’s about how you finish.

We started off with the eight of them and by the end only three. Then out of the three I pick who I think would survive.

After each few days I restricted their equipment and things got harder and harder.

A survivor’s arsenal is more than just muscles. There’s positivity, resourcefulness, humility, kindness. Don’t judge a book by its cover.

Considering everyone knows that parts of bear Grylls’ own shows are staged – probably including the time he gave himself an enema – I’m not sure how legit this challenge is, but it’s probably going to be funny watching these ‘celebrities’ have a really hard time in the jungle and crying and stuff so I might tune in. And I’m pretty sure I wouldn’t have even known about the show if it wasn’t for this stunt so fair play to his marketing team I suppose.

When you actually watch it though it’s probably the lamest thing ever, especially considering he almost falls out of the window afterwards. Stick to survival stuff Bear. Or pretend survival stuff.