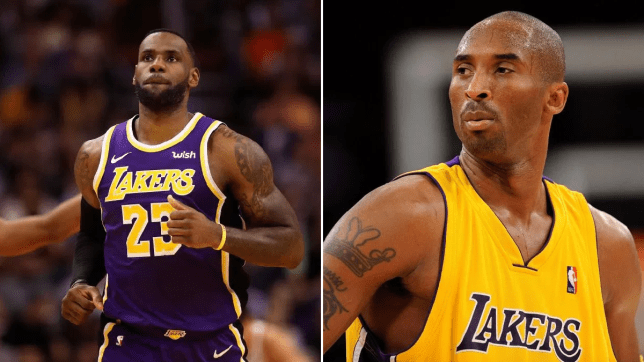 The world was reeling last night after the tragic news that NBA legend Kobe Bryant had died in a helicopter crash along with eight other people including his 13 year old daughter Giana.

I’m not gonna lie and say I was a massive Kobe Bryant or basketball fan, but the guy was such a big name in the sport that his significance kind of transcended that – he was a cultural phenomenon and pretty much a household name and if I saw a picture of him I’m pretty sure I would have known who it was instantly, and I would have thought this was true of most people. Except for the BBC that is, who last night decided to run a segment of the News At Ten about his death and use footage of LeBron James instead of him.

I genuinely cannot believe that the actual BBC News at 10 just did this pic.twitter.com/n6csMV9OOG

Wow. I’m not going to go into whether or not this is racist (it pretty much is), but at the very least it’s completely shoddy work from the BBC and the fact that it was allowed to air like is an absolute joke. It even says fucking James on his jersey, how the hell did nobody see that and ask what the hell they were doing putting that on?

Deeply embarrassing from the BBC – who did apologise later in the programme – but I suppose we’ve come to expect this from them following their coverage of the election last year. I don’t normally get that angry about stuff like this, but this actually encouraged me to make a complaint on the BBC website and I suggest you do the same because it really is unacceptable. Maybe stop paying your TV licence or something.

For more of the same, check out the doctored footage they showed in the run up to the election. So embarrassing.