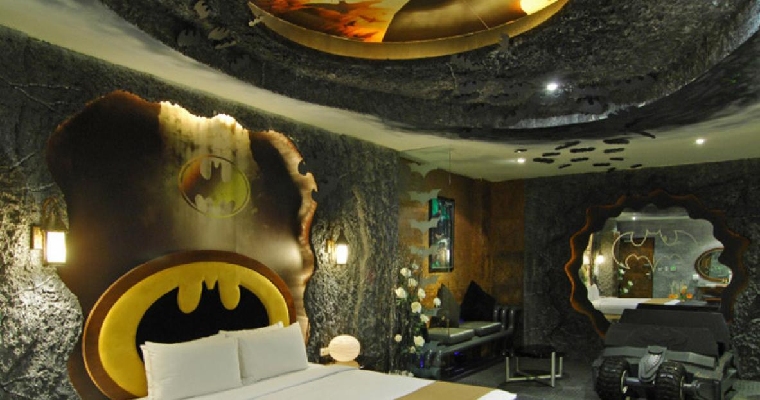 “Holy sleazy hotels Batman, you have a motel room based entirely on you!” “Correct Robin!”  – Yes, welcome to Taiwan where amongst all the other ongoing weirdness comes the ultimate in hotel rooms, the Batman room.  “So I can really live as Bruce Wayne does?” Well not really, if Bruce Wayne had lived like this his secret identity would have lasted all of ten seconds.  This is due to the big fuckoff bat emblem above the bed, and the cool, if not slightly disturbing, Batmobile bed. 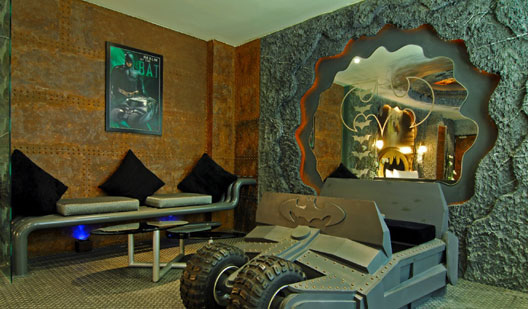 What’s so weird about a Batman hotel room anyway? Well it’s charged by the hour, so it’s evidently got a cost scheme for people who fancy a bit of bat bonking during their lunch hour.  Now you may think Batman is a bit shit and be asking yourself “I like a bit of Catwoman, is there such a hotel room designed for me?”  Well yes there is, although it’s more fucked up than the Batman room. 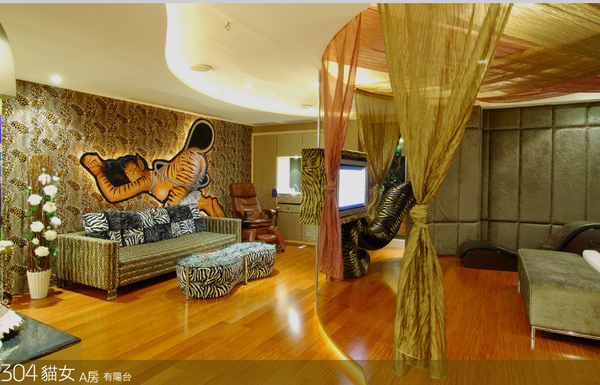 Catwoman is an actual cat woman, and you can easily see the crack of her cat woman arse as you walk in.  And the theme of cats is extended to spooky, haunted (possibly) figurines of humans with cat’s heads who pretty much stare you out as you do the things you do in a cat themed hotel room. 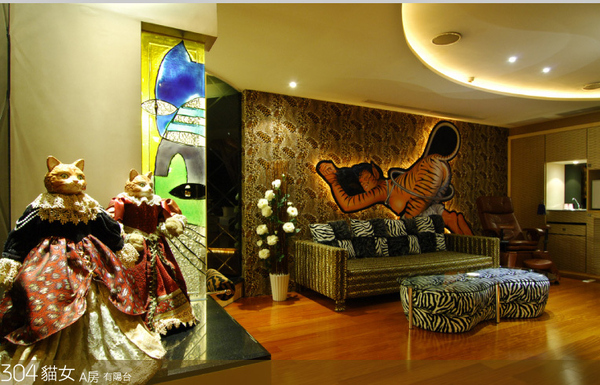 The rest of the room looks like Quagmire’s sex lair with extras.  Again this room can be rented by the hour, obviously a full night here would either have you dribbling, or gaining an unhealthy interest in Pat Butchers wardrobe.

Batman Vs Superman Movie Coming in 2015

No Cure For Batman Fever

Batmanning Is The New Planking