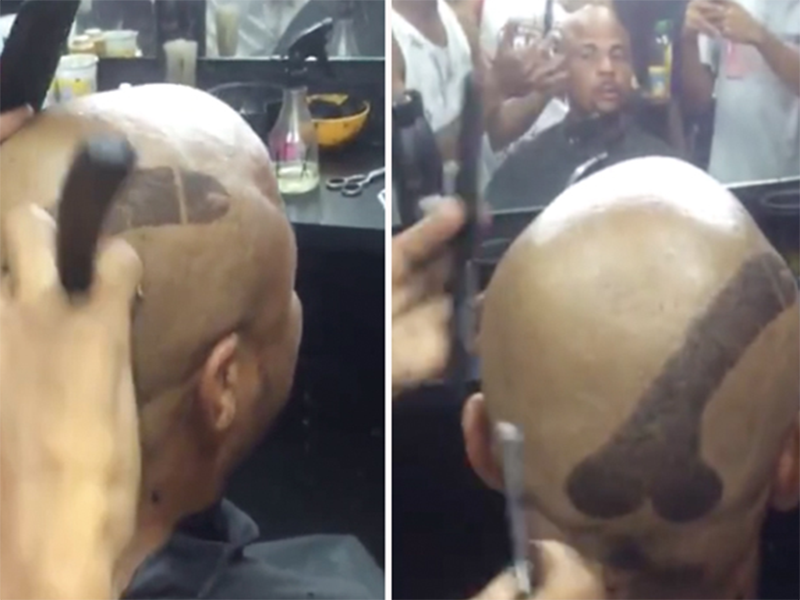 I’ve gotta admit that I also experience a bit of anxiety when I go to the barber as I never really know what kind of haircut I want, but I would never make the mistake of the guy in the video below and just let the barber decide he could do whatever he wanted.

That’s because the barber decided to take full liberty with the permission granted and give him something that no man is ever going to want on their head – a giant engraving of a penis on his head. He’s done a great job of it too, finishing off with a cut throat razor finish and even the detail of a little bell end with a pee pee hole on the end of it as well. Legendary work to be honest.

Unfortunately the punter isn’t too happy about it and then starts kicking off all over the barbershop about it. I suppose you can’t blame him really, but he did say to the barber that he could do whatever he wants:

Lol that’s like a scene out of Friday or that movie Barbershop or something. Special shout out to the guy who just starts spraying the guy’s head as he’s storming around the shop too. You know he absolutely loved doing that and I absolutely loved him doing it as well. Really made the video for me.

For more of the same, check out this mouthy little kid punching a barber for giving him a crappy haircut. Annoying.