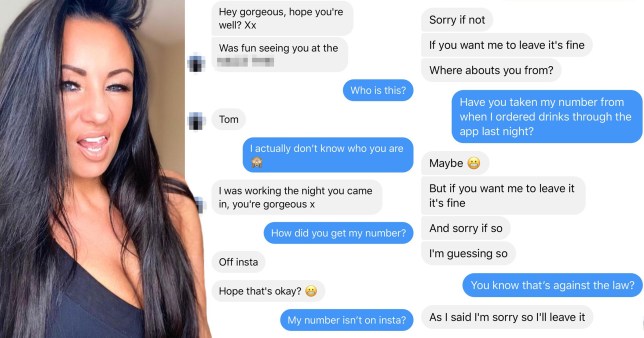 How creepy can you get?

The last thing you’d expect when leaving your details at a place of business for Test and Trace would be for some sleazy employee there to start texting you afterwards, but that’s what happened to Warwickshire girl Lucy Dixon, 32, this week.

Lucy had visited a bar in Leamington Spa and afterwards began receiving messages from the barman who served her. At first she was completely baffled as to how he got her number, but then realised he must have saved it after she left her details on the Track and Trace app. 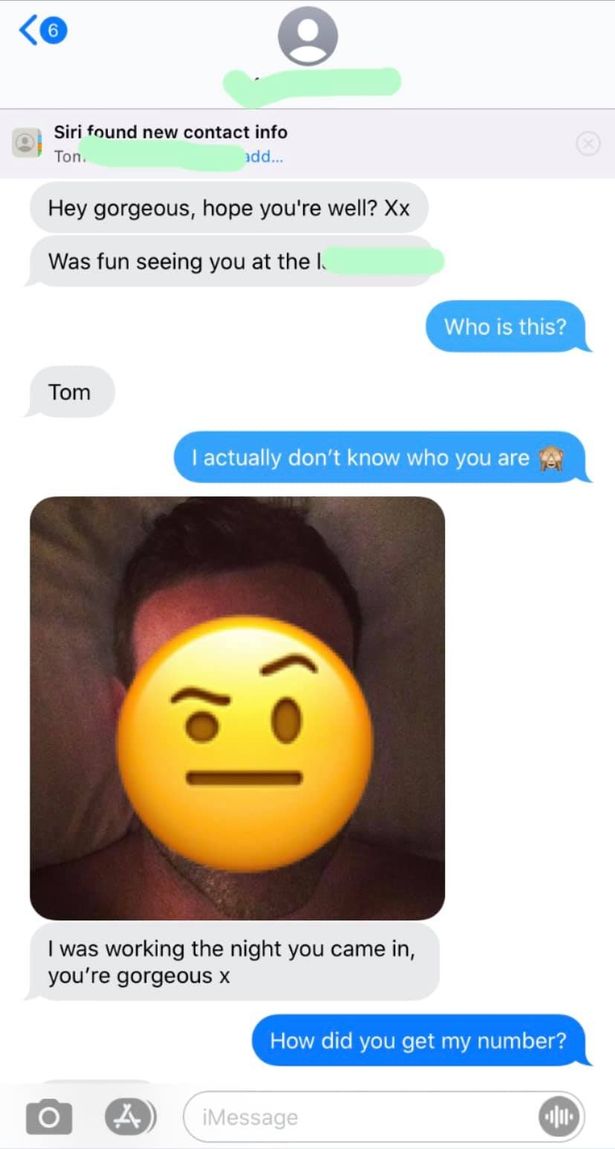 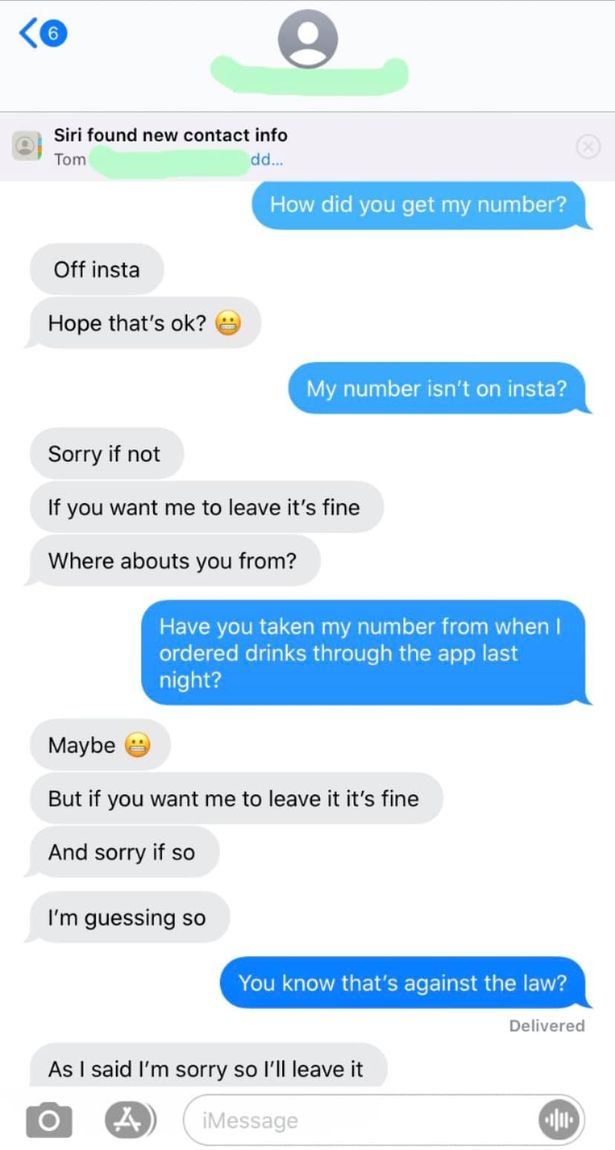 Lucy shared the screenshots on Facebook and rightly pointed out this was a breach of General Data Protection Regulation, not to mention a very sneaky and creepy thing to do. She says she is ‘currently getting to the bottom’ of what happened.

Fair play to Lucy for showing some mercy and blocking out Tom’s face as well. I mean he’s blatantly losing his job over this and feeling pretty ashamed of himself right now but hey, at least his face won’t be plastered all over the internet and forever synonymous with sending bizarre text messages to a random girl he served at a bar. I mean if you’re going to pull off a move like this you have to be 100% sure the girl is going to find you irresistible and that it’s going to work. Guess that definitely wasn’t the case there.

Perhaps unsurprisingly, this is the third instance in recent memory when some creep has abused their position to inappropriately text women they came into contact with. First, the cop who texted a woman after obtaining her number by running her license plate (!), and next, the woman who applied to work with mental health charity and got chatted up by the guy who runs it. Absolute morons giving the rest of us fine fellas a bad name!