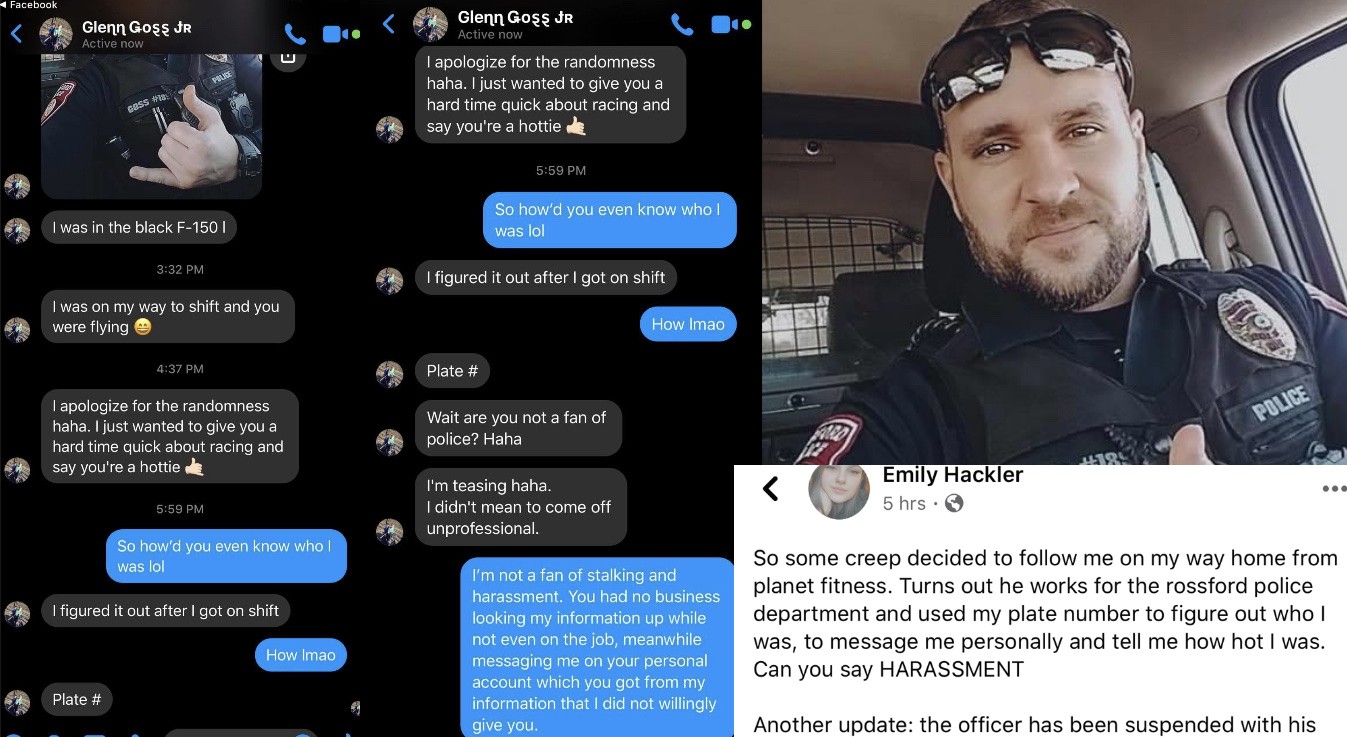 If there was ever a time to be on your best behaviour as a police officer, you’d think now would be it. Well, somehow Glenn Goss JR of the Rossford, Ohio police department did not get the memo, as he’s just gone viral for obtaining a complete stranger’s digits in unbelievably sneaky fashion, and then trying to chat her up via text message.

While off-duty, Goss followed the woman to get her plate number. Once he was back on duty, he ran the tags for her info. Here’s how the lady, Emily Hackler, described her experience on Facebook:

So some creep decided to follow me on my way home from planet fitness. Turns out he works for the rossford police department and used my plate number to figure out who I was, to message me personally and tell me how hot I was. Can you say HARASSMENT

Another update: the officer has been suspended with his badge and gun taken away! They are going to start an underground investigation starting tomorrow morning. Thank you everyone for your positive words and encouragement!

Edit: I was speeding because he was following me after being stopped right next to each other at a stop light. The chief of the rossford police dept will be getting ahold of me to discuss the incident and proceed with action.

So some creep decided to follow me on my way home from planet fitness. Turns out he works for the rossford police…

Wow, real smooth dude. I can’t believe Emily’s panties didn’t instantly get wet upon realising a cop had stalked her, taken down her license plate number and then used the police database to find her personal info so that he could kick-start a potential love affair. Does it even get more romantic than that in 2020?

Like Emily says, Goss has been suspended pending an investigation and given all the bulletproof evidence she has, I can’t imagine he’ll be returning to work anytime soon, or ever. Again though – what a creep. On what planet would anything think this was a good idea for even a second?

Speaking of stalkers, get a load of the lengths one Japanese weirdo went to so that he could track down his favourite pop star’s address and molest her. Seriously disturbing.