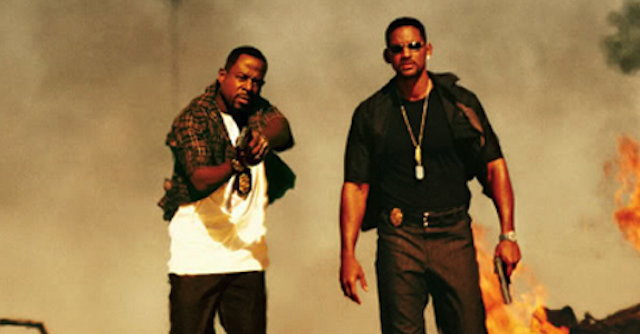 Not exactly the news everyone was waiting for, but welcome nonetheless.

Bad Boys isn’t exactly the ultimate duo of movies, but they’re pretty awesome and literally everyone loves them so I’m pretty sure that everyone is going to be stoked that Martin Lawrence announced that they were 100% in the process of making a third instalment for the franchise.

Apparently this is what Lawrence is quoted as saying:

I believe so. Yes. I just talked to Jerry Bruckheimer yesterday and he said its real, they’re working on the script, they’re getting close and it all looks good.’

There isn’t a video of the announcement yet because it was recorded yesterday for an episode of Conan O’Brien that will air in the states tonight. To be honest we don’t even know if Will Smith is involved at this point – he probably doesn’t want to turn down this role though – or Michael Bay (who might be too busy making a Beavis and Butthead movie to be fair), but you’ve got to assume that there wouldn’t be any point in them making a sequel if big Will wasn’t going to com back for it.

If Martin Lawrence says anything else interesting in it though and it’s worth watching then we’ll stick it up tomorrow, in the meantime enjoy this montage of the best bits from Bad Boys to get you stoked for the third part.