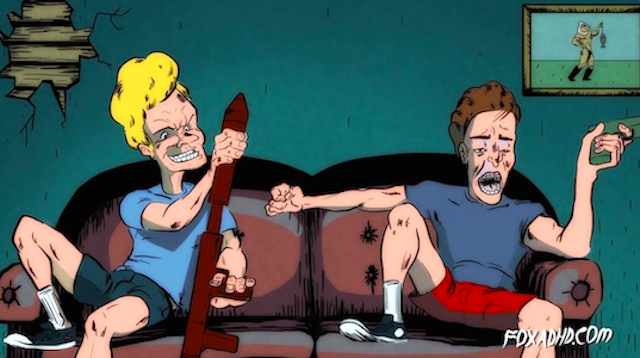 Wow, I can’t think of a worse possible situation.

I don’t think anyone has ever said something along the lines of ‘wouldn’t it be awesome if Michael Bay directed a Beavis and Butthead movie?” but someone, somewhere has taken it upon themselves to make this comedy trailer envisioning just what would happen if one of the worst directors in the world was given the reins to look after the comedy duo.

As you would expect, the trailer looks completely terrible and features all of the trademarks of Michael Bay movies: overwrought dialogues, that stupid computerised tuba sound that is in the trailer for every single one of his movies and of course explosions. Lots and lots and lots of explosions. There’s also a sexy version of Daria.

Part of me wants this to be a real thing and actually get released, but then I realise that it’s probably for the best that we only have the trailer because realistically, 90 minutes of this would not be good at all, even slightly.