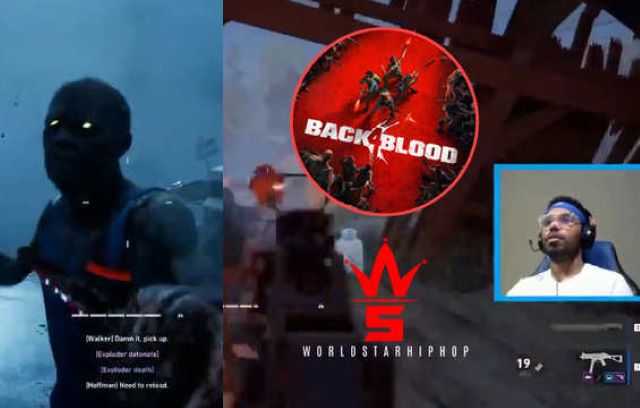 Are these zombies saying the N-word or not?

‘Back 4 Blood’ has had its first beta test run ahead of its release this October, allowing players to get their hands on the game early. Apparently, it’s fun! It also has a rather unfortunate issue that a number of players have raised with the developer.

The zombies… are, um, racist. No seriously, they occasionally yell the N-word at you:

Well I guess the only thing more satisfying than slaying zombies in a video game is slaying racist zombies, so maybe this was a touch of genius by developer Turtle Rock. Apparently not though, as they put out this statement/explanation earlier (via Forbes):

Our team has been made aware of offensive language that can be heard when playing the game. This was not recorded or ever intended to be part of our gameplay. The audio is a result of two different Ridden growls that are playing simultaneously and when heard together sound like that word. We are working diligently to fix this issue, which should be completed either in time for the Beta, or when the game launches.

So there you have it. Just some bad audio luck that resulted in two separate zombie noises being fused together and resulting in something that sounds like the N-word. At least they’re saying it with an ‘A’ at the end and not a hard ‘R’ I suppose. Either way I like how that guy goes “what did you call me?” and then lands the perfect head shot.

Sounds like this issue will be resolved by the time the game is released, although it would’ve been fun to just have the zombies yell out every slur under the sun to make them supremely killable for every demographic. I guess the gaming world isn’t ready for that yet.

To watch a disabled gamer beat up a wheelchair faker in Cyberpunk 2077, click HERE. Hilarious stuff.