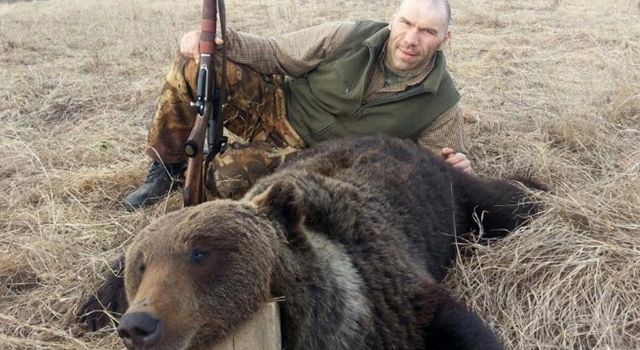 If you’re interested in meat cats, bear tatts, busted pipes and gypsy weddings then stride on inside folks. Russia is waiting.

Awesome photos From Russia With Love hits its quarter century today. How do you feel about that? I feel pretty good about it tbh. This edition’s ramshackle gallery of sins includes odd tattoos, a gypsy wedding, burst water pipes and an ingenious child sucking on a lolly. And if that hasn’t piqued your interest then I don’t believe your interest can be piqued by anything.

First up some body art. I don’t know what the text says on this one, and by Sick Chirpse standards this is a pretty nice tattoo. It’s the extraneous guitar heads poking out the top that confuse me. 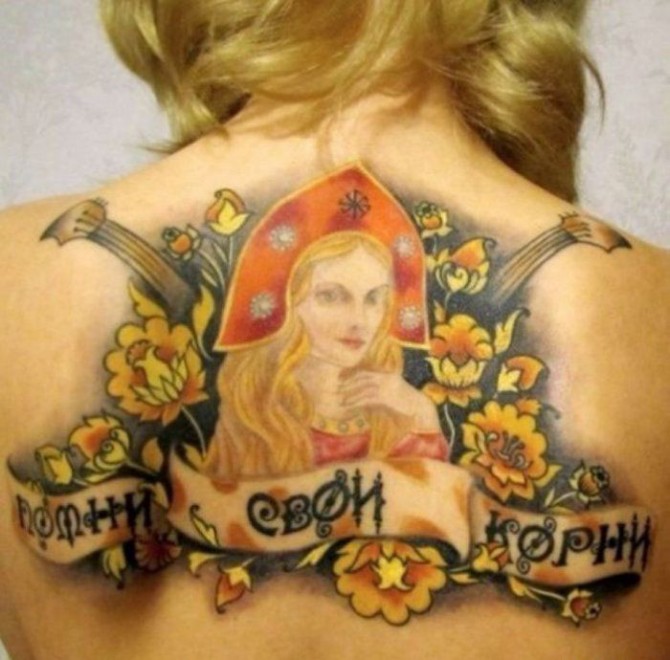 Who doesn’t like a hedgehog? No one that’s who. 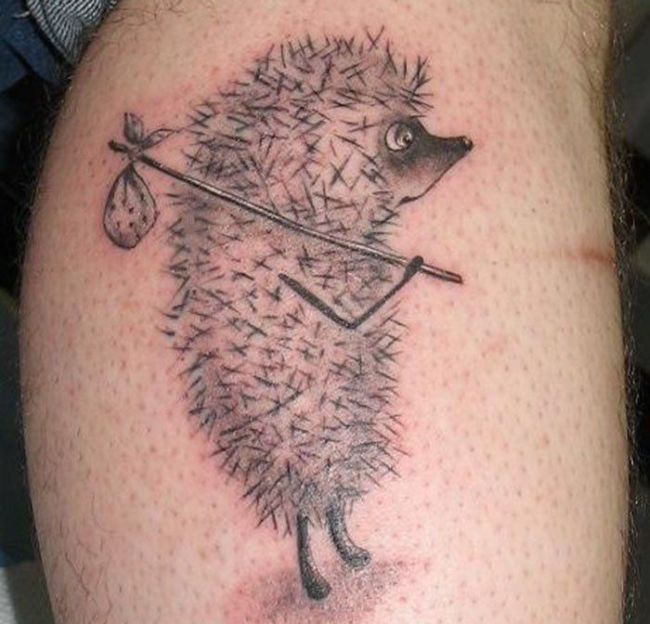 Is that a Golliwog? I thought they were illegal nowadays? Weird. 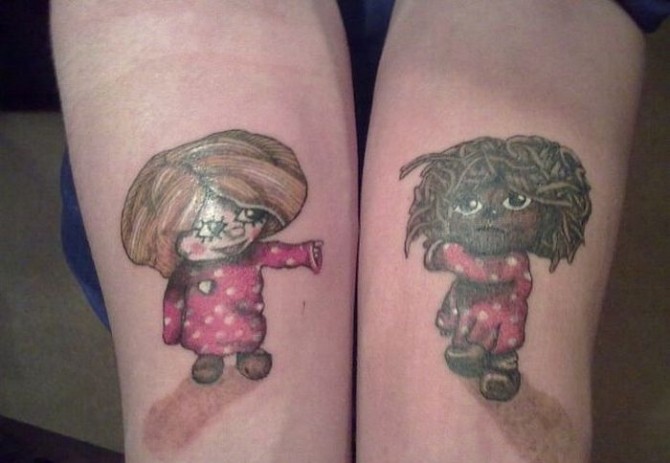 This next one’s kind of cool really. Nice cat dress too. 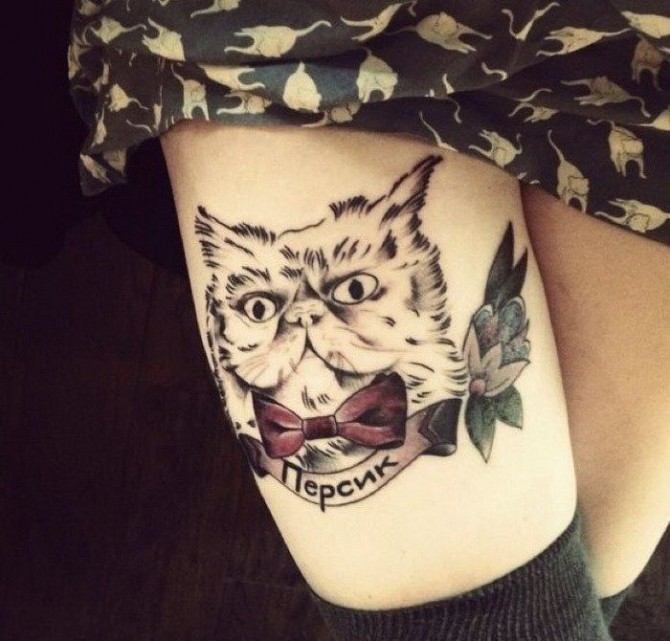 Winnie the Pooh, although a favourite of many British children, is considered a wimp by Russians. To be fair, I can see what they’re saying, he kind of had a bit of a whiny voice and was really only interested in eating as much honey as he could. You never saw him doing any real work did you? I hope he gets a pasting. 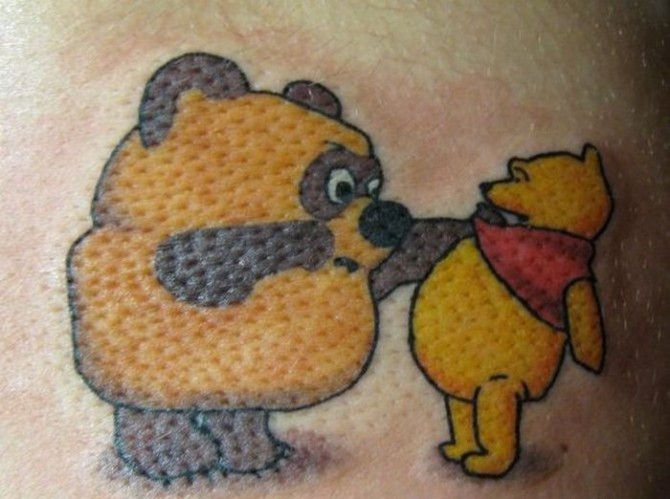 Now this is a real bear: 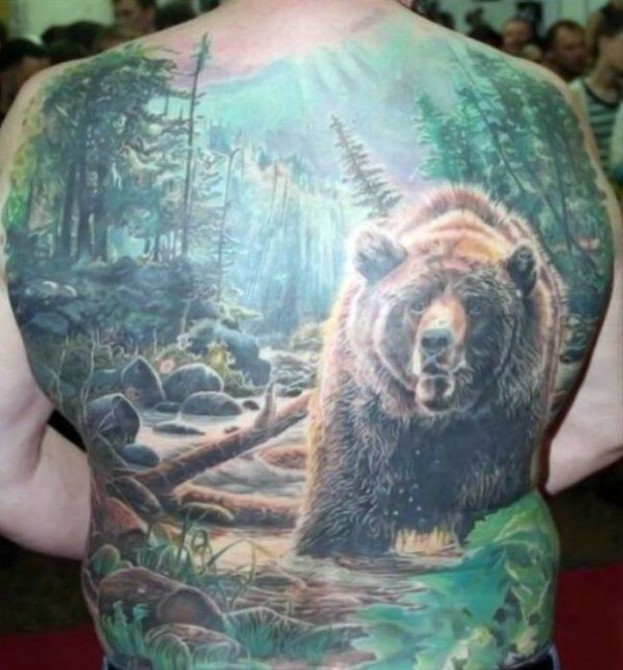 Again, my lack of Russian language ability is letting me down, I have no idea what the package on the right is all about. All I know is that the guy that owns the arm on the left absolutely loves whatever is inside the package on the right. I’m assuming he (or she) isn’t just a fan of the child in the head scarf. But we’ll never know for sure. 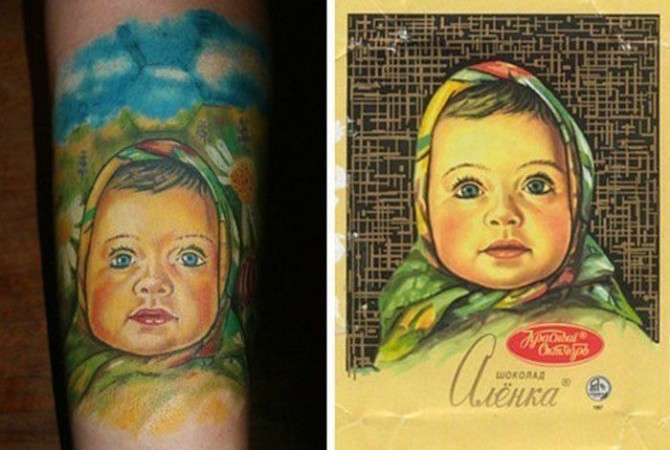 A shed and a bath tub in the forest. Every man’s vision of luxury. 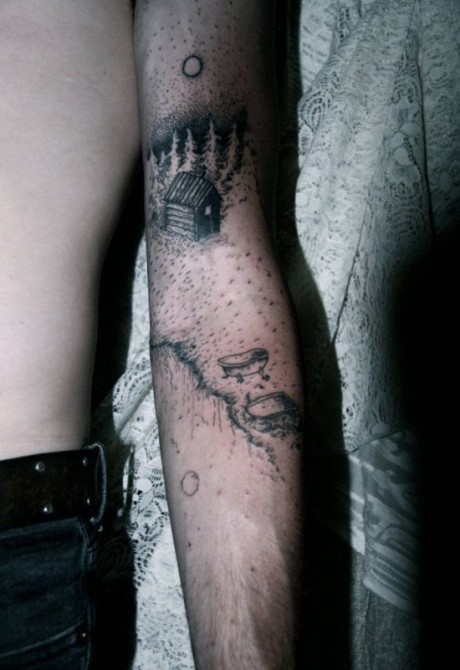