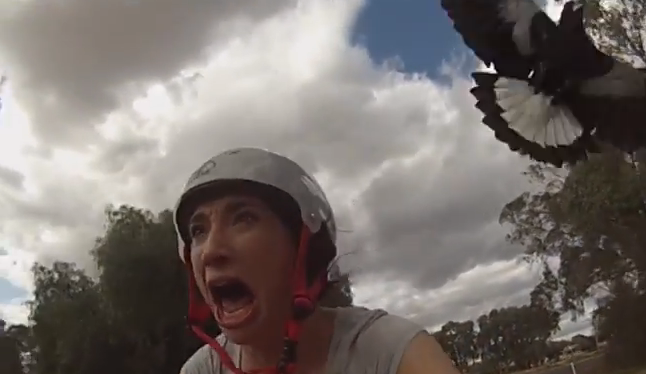 Magpie attacks are apparently a big problem in Australia.

Australia apparently has a massive problem with magpies attacking people during breeding season which runs from late August to early October. I thought we had it bad over here with crows stealing people’s joints, but that sounds way worse.

Thankfully, one Australian radio host named Amber has taken it upon herself to make this video which demonstrates some of the best ways to deal with their attacks. I know that probably isn’t that relevant to most people reading this – although I know we have some Australian readers so shout out to you guys – but the video itself is still pretty dumb and it’s worth watching just for that. I think the most amazing thing about it is just how many magpies attack her in it, although maybe she’s in a hot spot for it or something.

I wonder if any of these would work when eagles attack because that looks way more terrifying than a magpie assault.