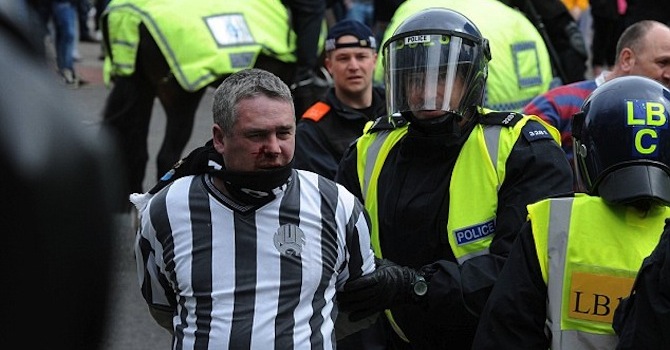 Find out what happens when you get ‘brave’ enough to take on a mounted policeman. You might be able to guess. 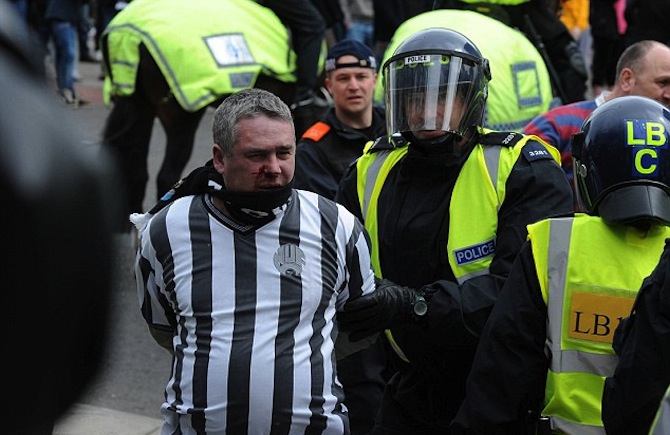 The North East has a somewhat well worn (and probably well deserved) reputation for being a bit fighty. We know of at least one now legendary story from a mate who lived in a flat above Newcastle’s notorious Bigg Market in his uni days. He had a small balcony looking out over the merry square that every Friday and Saturday night became better value than front row seats at a UFC event, such was the level of bloodshed and lost teeth at chucking out time. One Friday in particular, a small Asian couple and their friend were getting some booze fuelled abuse from a pack of local Ben Shermanite townies on their way out. When the biggest of the chumps made a less than complimentary remark about the lady of the group and proceeded to shove the smallest guy of the three, the tiny man adopted something akin to a praying mantis pose, waited for the gorilla to make his move, then promptly roundhoused him right in the kisser. Reveling in the Bruce Lee moment, he popped his collar and swaggered off with his appreciative friends, as the beta apes picked up their fallen leader.

â˜›Read This Next: The Autocomplete Map Of The United Kingdom

We’ve always had quiet reservations as to the validity of this particular tale, but regardless, anyone who’s visited Tyneside on a stag/hen/away fixture will know first hand that scrapping in that town is comfortably par for the course. Now, battling off a few fellow knuckleheads over a goosefleshed Geordie lass or possibly just the last box of cheesy chips is one thing, but hey, why would you limit your potential opponents to just mere humans? Why not take on something a bit more meaty from the animal kingdom? You know, like a whacking great horse or something? Better yet, a police horse. What better proof of your pugilistic prowess than to take down one of those preening ass holes? They’ve massively got it coming anyway, always blocking your most convenient route home on matchdays and leaving those mountainous shits on the road.

This, or something very close to it, was the unbelievably real-life thought process of one particular Newcastle United fan on Sunday. Having just watched his beloved Magpies get a pretty thorough 0-3 tanning from derby rivals Sunderland, the-yet-to-be-named bellend decided to vent his boiling fury by planting a right hook into the muscular neck of West Yorkshire Police Horse, ‘Bud’. As you no doubt already guessed, our fighter was suitably tuned in by on-foot coppers almost immediately afterwards. Have a look for yourself:

â˜›More Football Fightiness: Footballer Turned Boxer Curtis Woodhouse Destroys A Twitter Troll By Tracking Him Down And Confronting Him

Putting aside the fact that lamping an otherwise completely unassuming creature is it must be said, a pretty cunty thing to do, we almost have a strange respect for this guy. You’d have to be seriously off your trolley to at any stage think this is even remotely a good idea, yet our man went and threw every scrap of caution to the wind and did it. He didn’t just throw a sneaky one either, he tried to see it though and properly square up to his target before getting clobbered. What makes this all the funnier for us is the fact that he isn’t some 18 year old chav looking to make a name for himself, but instead a greying, rotund older chap who really ought to know a lot better by now. Probably someone’s Dad. Just how many Newcastle Brown Ales do you have to down to get that brave?

Bud the horse is doing just fine now by the way, according to West Yorkshire Police;

“Bud is safe in his stable and appears fine. All our horses are fit and well, resting and relaxed.”

Judging by Newcastle’s nosediving form at the moment, that’s probably just as well.