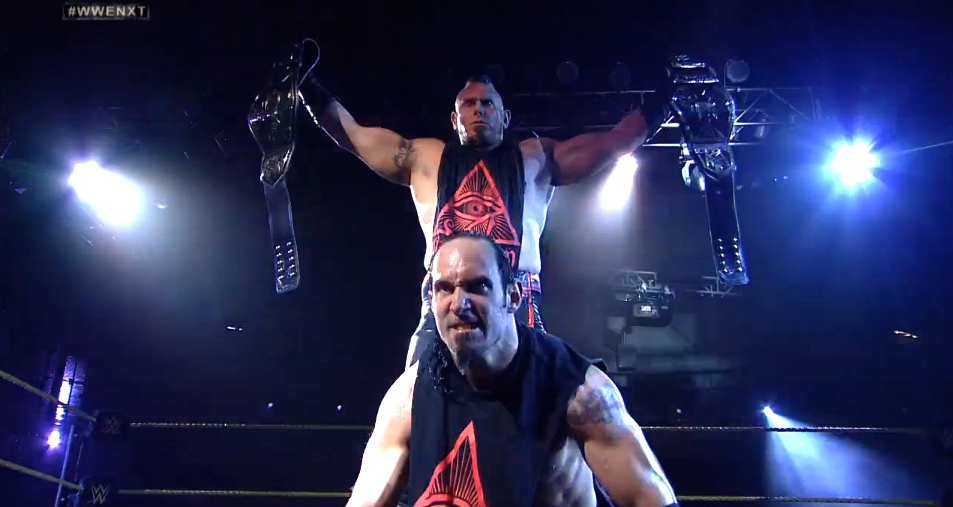 Remember tag teams like The Legion of Doom and Demolition? They knew how to make them back then. Well, last week the WWE debuted a new pair of wrestlers who are a pretty blatant Legion of Doom rip off — The Ascension.

WWE’s creative team packed the pair’s entrance video (which plays on a giant screen during their entrance) full of ‘Illuminati’ imagery:

Definitely the kind of intensity that suits these two chaps. Except to some people, it’s more than just an act. According to YouTube channel ‘The Vigilant Christian’, these dudes have been sent down from their Illuminati overlords to do something far more sinister than just wrestle really crap matches.

OK then. How about Lady Gaga though? Is she a legit Illuminati crusader? Check out our breakdown Q&A here.