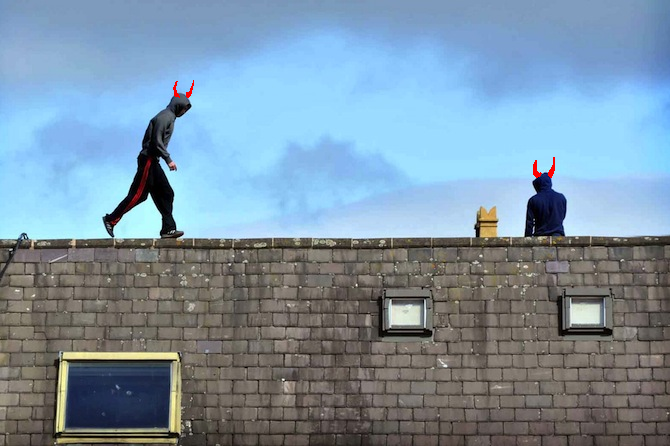 New legislation sees the replacement of ASBOs with IPNAs, putting NOS in the Nanny State’s Dyson.

If you could name your top political grievance what would it be? The egregious abuse of your online privacy? Victimising immigrants to the point where Nigel fucking Farage steps up in their defence? The fact that we’re gearing up for another proxy war in the Middle East?

No, of course not. That would be ridiculous. The correct answer is that perennial bugbear and deliciously ill-defined problem “ANTI-SOCIAL BEHAVIOUR”. Just as David Cameron has been unflinching in the face of pressing issues like the enjoyment of pornography and the need for a privatised NHS, so too is he in tackling our countries endemic problem of yobbery and hooliganism.

The Anti-Social Behaviour, Crime and Policing Bill, is a spunky little number purportedly being introduced to simplify the raft of legislation introduced by Labour in the crazy days of Cool Britannia. In reality the bill widens the scope of punishment for anti-social behaviour providing plenty of room for semantic acrobatics and flat out abuses of power.

One of the bill’s niftiest tricks is the replacement of ASBOs with IPNAs or Injunctions to Prevent Nuisance and Annoyance (wettest name ever).

The unpopularity of ASBOs were in part due to the fact that they blurred the distinction between a crime and being a dickhead, conflating seriously dangerous acts with being a bit sozzled in a park or etching ‘Wizzo 4 Kaz 4eva’ on a tree. Not to mention the fact that they do nothing to combat the root problems and have a breach rate as high as 50%. 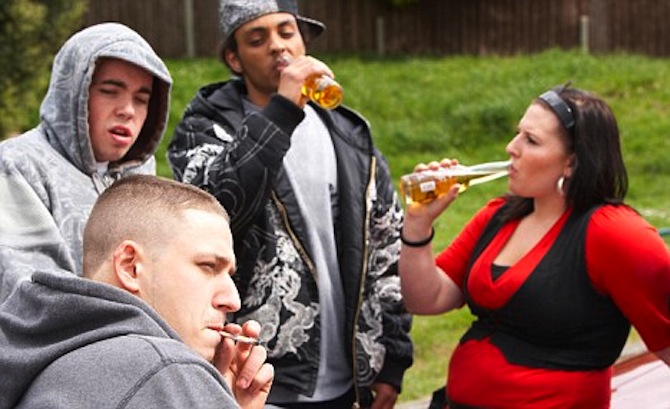 ASBOs have been handed out for all manner of preposterous and hilarious misdemeanours such as having the audacity to expose a wounded leg or engaging in criminally dangerous sarcasm <- *WARNING- DAILY MAIL LINK*.

As the new acronym suggests the powers that be have addressed this grey area head on by completely removing the distinction. Not only can you be penalised for being a nuisance, police can issue IPNAs if anyone ‘has engaged, or threatens to engage, in conduct capable of causing nuisance or annoyance to any person’. Presumably a new branch of the Met will be opened to house the pre-cogs necessary to enforce this legislation.

IPNAs essentially put NOS in the Nanny State’s Dyson. The level of proof necessary to impose an IPNA has been drastically reduced. They allow for positive obligations so that not only do they restrict movement and behaviour but they can be used to coerce people into attending training seminars or otherwise. They can also be imposed without time limits so that a moment of youthful rebellion could haunt someone for their entire life.

These new powers can also be used to evict people from their houses if they break a tenancy agreement by engaging in ‘“anything which causes or is likely to cause a nuisance to anyone living in the area” without the need to consider reasonable alternative housing. Anyone who has ever attended anything vaguely resembling a party will realise the implications this holds.

Given that children are the most annoying species on the planet it is logical that they would be hardest hit by IPNAs. Under the new laws children as young as ten are viable targets for these punishments. Furthermore, entire families can be evicted if one member of the household breaches their injunction. So, hypothetically, a family could be forced to relocate because their teenage child found himself in an area from which he is prohibited, which could be an entire county.

What really puts the cherry on top of this battery acid and dog shit pie is the amped up powers of dispersal granted to bobbies by this new bill. Under new legislation not only all police officers but also community support officers will have the ability to issue directives for groups to leave the ‘locality’ which, let me remind you, can be as broad as an entire county, for 48 hours. They also have the power to confiscate phones and any other items that could be used for the purposes of annoyance…like megaphones for example:

Now if I were to turn my paranoia setting up to 11 I would be inclined to view these new dispersal powers not as a jigsaw piece contributing to a giant portrait of shit but the entire reason d’etre of this new bill. Just as attempts to censor the internet have been introduced under the banner of protecting people from child smut our ability to freely assemble is being discarded in order to deal with something as benign as ‘anti social behaviour’.

Now, this may be a zany perspective but in my opinion, far from being ‘anti-social’, protesting is one of the most socially responsible things a person can do. Especially during a period as depressing and dehumanising as the one we currently live in. Yet these Trojan Horse tactics are increasingly proving successful; some of our most basic and important rights are being slipped into the dustbin and barely anyone is batting an eyelid. 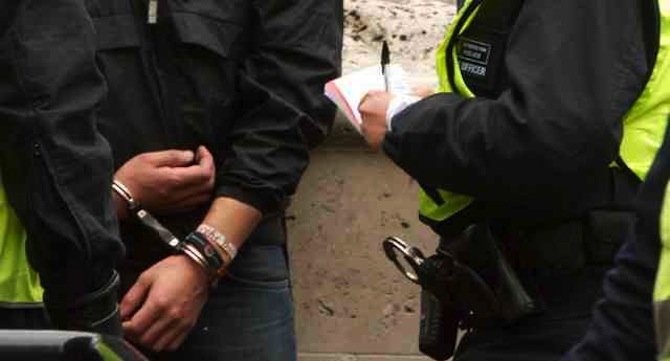 If we continue down this road pretty soon we wont be able to walk down the street without fear of the repercussions…oh,wait.