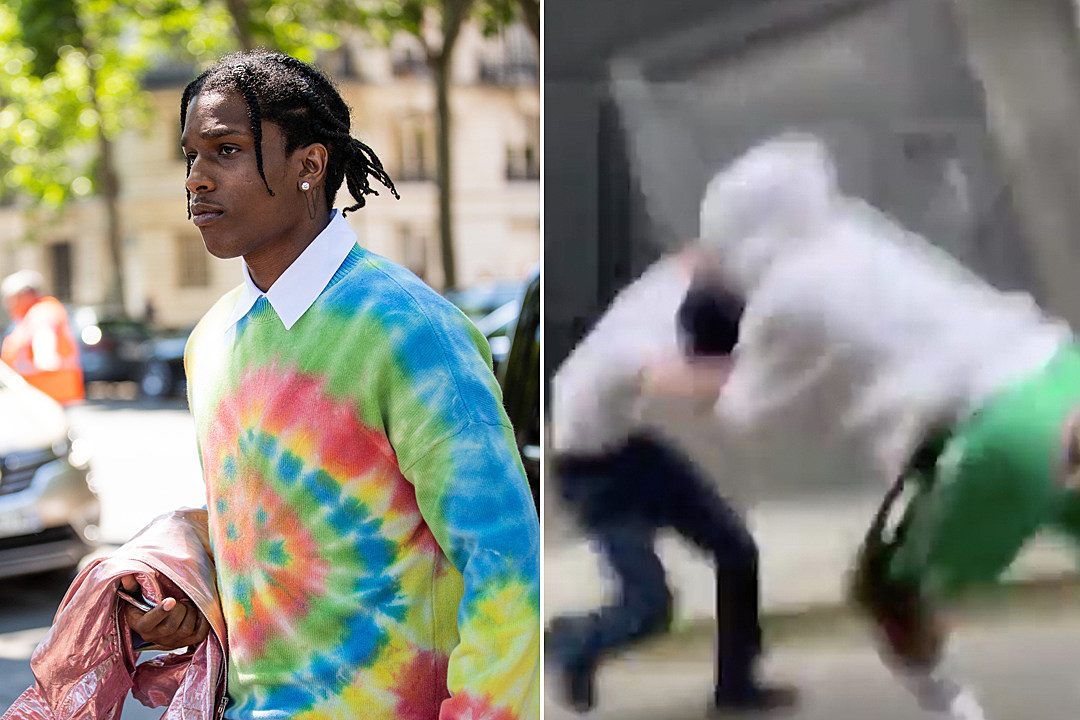 Watch the footage – is he in the wrong?

Years after getting into a scrap in a London kebab shop, New York rapper ASAP Rocky has run into far worse problems over in Sweden.

ASAP was arrested after getting into a fight with a couple of guys who kept following him and his entourage, and he is now living in solitary confinement in a ‘disease-ridden’ Swedish prison.

Rocky reportedly sleeps on a yoga mat with no blankets, eats an apple a day because the food isn’t edible and lives next to a mentally ill cellmate who bangs his head against the walls and throws around his own feces, which no one cleans up.

The source also explains how the Swedish government has reportedly violated Rocky’s rights as an American citizen. Under the Vienna Convention for Consular Relations treaty Sweden and the United States signed in 1961, when a foreigner like Rocky is arrested, he has a right to a visit from an official at the U.S. Consulate.

The source claims Rocky asked for his obligatory meeting. Yet, once the official from the American Consulate arrived at the detention center, the meeting, like his appeal to the Swedish Supreme Court, was denied. Rocky met with the American Consulate two days later, but they reportedly weren’t allowed to meet in private.

It looks like ASAP was smart enough to get ahead of the curve though, having posted a couple of videos on his Instagram which shows two weirdos hanging around him and his crew and refusing to leave them alone:

In this video you can see ASAP and his boys briefly pummelling those two men:

Unfortunately for ASAP I have a feeling it will be an uphill battle trying to convince Swedish authorities to let him go especially with footage of the fight making headlines. In hindsight maybe the ASAP crew should have jumped into a cab and fucked off out of there. Sweden is no place for an American gangster rapper to get himself in trouble.