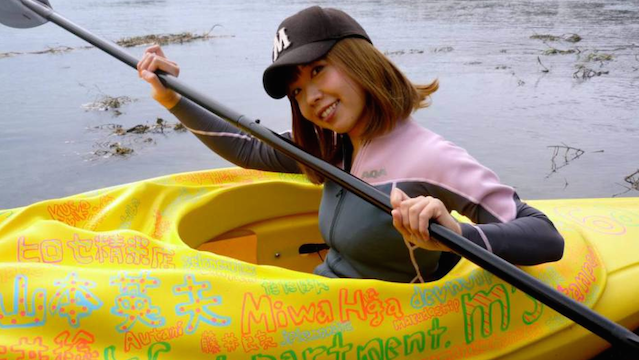 I bet you’re thinking she must have a massive one, but it’s not what you think.

A Japanese artists who goes by the name of Rokude Nashiko (loosely translated this means ‘reprobate child’ – no shit) has been arrested four months after she revealed plans to build a kayak out of an enlarged 3D version of her vagina. Yeah that’s right you idiot, she wasn’t going to make a kayak out of her actual vagina – that would have been ridiculous, I mean do you think anyone (let alone the Japanese) has a big enough dick that might actually make that possible?

Nashiko was originally arrested four months ago when her plans to make the ‘obscene model’ were first made public but was released shortly afterwards following an appeal. However, she was re-arrested yesterday following the revelation that she had been trying to raise funds to build her vagina inspired kayak via the internet in the form of some kind of Kickstarter routine. As a part of this she had included 3D ‘blueprints’ of her vagina for free download, which she had also distributed these ‘blueprints’ via CD-ROM (what, is it 2005?) at a convention in May where she also thought she made be able to obtain the funding for her project. 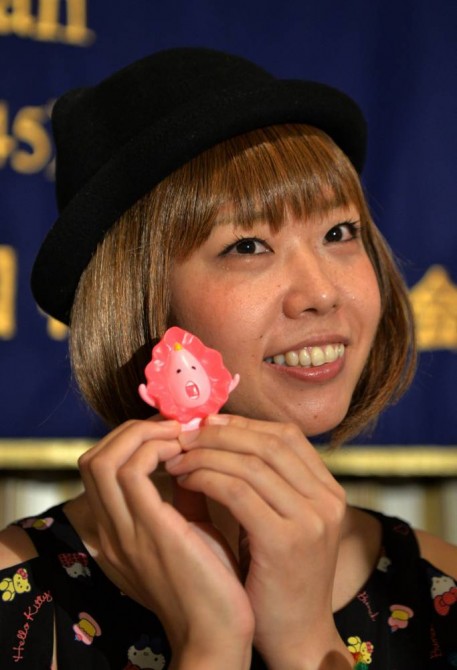 Although this might sound fairly ridiculous to us over here – not building the boat, that sounds ridiculous to everyone but I mean the fact that she was arrested for spreading around pictures of her vagina – it’s actually fair game over in Japan due to their weird ‘obscene material’ laws. Although the porn industry is rampant over there, these laws mean that female genitalia are never allowed to appear on screen in the purest form and instead have to be blurred out or pixellated. It’s almost as stupid as the UK laws banning our favourite pornography being made over here yesterday.

As such though, as stupid as it seems to us Nashiko knew what she was messing around with and if found guilty of the offence she could face up to 2 years in prison and/or a fine of the equivalent of £13,000. Probably not worth it just so you could make a kayak out of your a model of your vagina. Just saying.