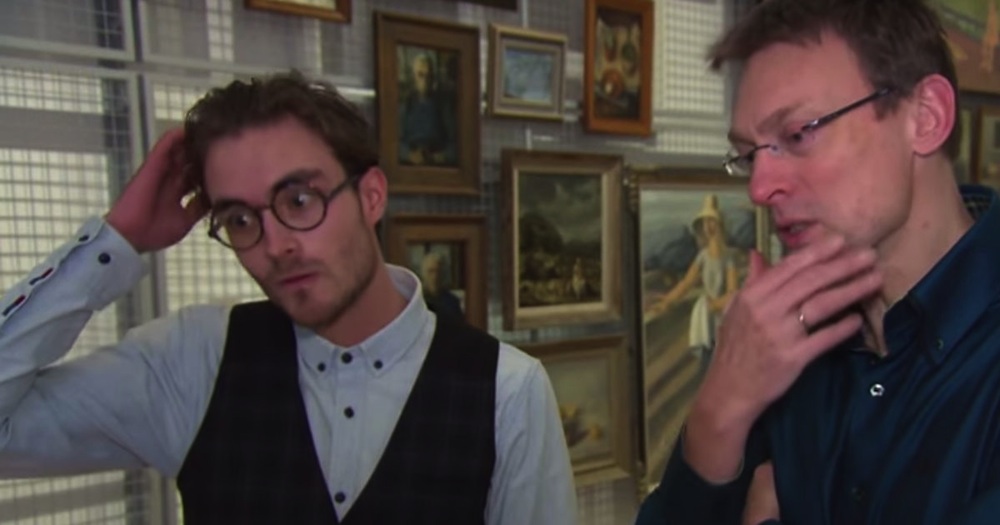 Sometimes I wish I knew about art and what was hip and cool and worth money so I could create some really edgy sculpture or painting and sell it for millions of pounds. Or at least be able to walk around a gallery opening in Shoreditch with my free Stella Artois and pretend I knew what I was talking about. Or just even if I could understand why these crap paintings are worth millions of dollars, that would be something.

It turns out I might not be alone in my ignorance though, as it seems like many so called ‘art experts’ are merely making up stuff as they go along judging by this video. In it, Boris Lange from Lifehunters TV took an IKEA street art print that was worth £7 and inserted it into the Dutch Arnhem Museum alongside loads of other multimillion pound prints. It was accredited to the the famous Swedish artist IKE Andrews. He then filmed the opinions on it of a bunch of so called ‘art experts’.

You can probably guess what happened next, but the best comment has to come from the guy who says he would pay £2.5 million for it . You what mate? Just go down IKEA and get it for £7, no worries. Bell end.