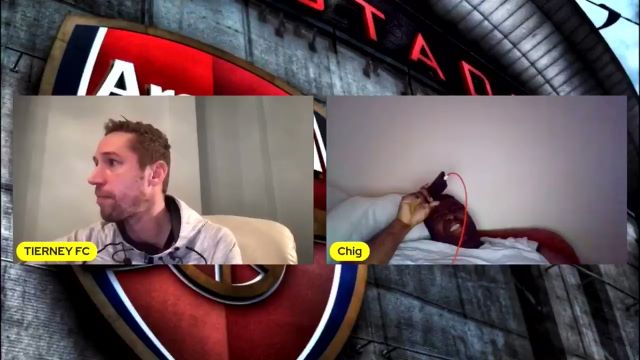 Arsenal were good last night, but were they this good?

And then… cleaning up the mess:

Relatable, except I don’t think most of us have done it in front of hundreds/thousands of people watching at home.

In order to maintain the journalistic integrity we are known for at Sick Chirpse, here’s CHIG’s side of the story:

Scratching your leg huh? I guess it’s possible. Though I’m not sure what the tissues and clean-up job afterwards was for then. Still, it’s good to get both sides of the story anytime a live-streamer is caught wanking on webcam, which seems to happen every few months nowadays. Let’s hope Arsenal put in another wank-worthy performance on Saturday against Manchester United, and that CHIG at least puts a sticky note over his camera next time.

For the gamer who didn’t realise he was live-streaming and ended up having a wank in front of 180,000 subscribers, click HERE.