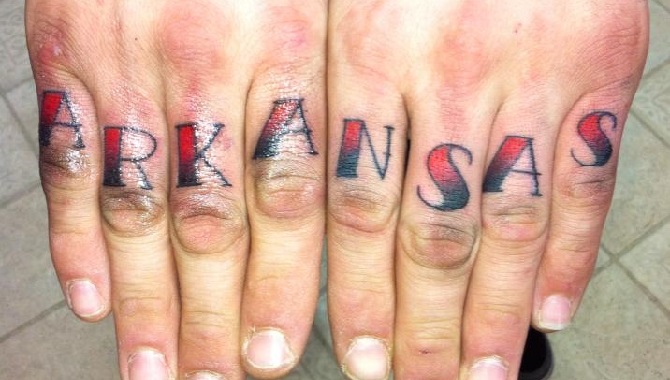 The Arkansas House of Representatives to review a bill to outlaw ‘non-traditional’ tattoos and body modification.

The bill put forward used annoyingly vague language and originally included scarification and ‘non-traditional’ tattoos and piercings. The bill has now been compromised and only seems to restrict sub-dermal implant by stating that only a physician would be able to perform this practice legally (meaning, essentially, it will be outlawed).

The bill itself makes for extremely boring reading, but for reference, it’s here: An Act To Limit Body Art Procedures

It isn’t clear what would actually be outlawed should this bill become law, but what is clear is that this is an attack on people who choose to live their lives a certain way. The ‘Body-art’ community of America and a good deal of liberals are currently up in arms over the whole thing.

They argue, quite correctly, that the bill is unconstitutional. It’s essentially restricting freedom of expression which is guaranteed by the First Amendment (and later found by legal precedent to include body modification). I don’t particularly like hearing about the Constitution – it gives Americans the fundamental right to own guns and shoot black kids because they look a bit dodgy, which I’m not sure is a good basis for running a country – but in this case it’s spot on. No government should have the right to dictate what we do with our own bodies.

â˜› Would You Want To Tell This Guy He Couldn’t Get A Body Mod?: Polish Rapper and MMA Fighter has Eyes Tattooed

A quick history lesson might shed light on the whole thing though. Many people have the mistaken understanding that America was founded by puritans fleeing religious persecution in England when in fact they left to found a country where they were free to persecute others. Bombshell, America is a lie, up is down, cats love dogs, One Direction are musical geniuses, the moon landing never happened and Piers Morgan is a lovely fella.

Whether this bill becomes law is not particularly relevant because nobody really lives in Arkansas but what is relevant is that this bill is actually being considered, and passed by a 26-4 vote before it went to Arkansas’ house of representatives. I honestly don’t know why Americans bang on about how free their country is all the time. To quote the late, great Bill Hicks;

It’s all about money, not freedom ya’ll, okay? Nothing to do with fuckin’ freedom. If you think you’re free, try going somewhere without fvcking money, okay?

Land Of The Free? I’m not so sure.