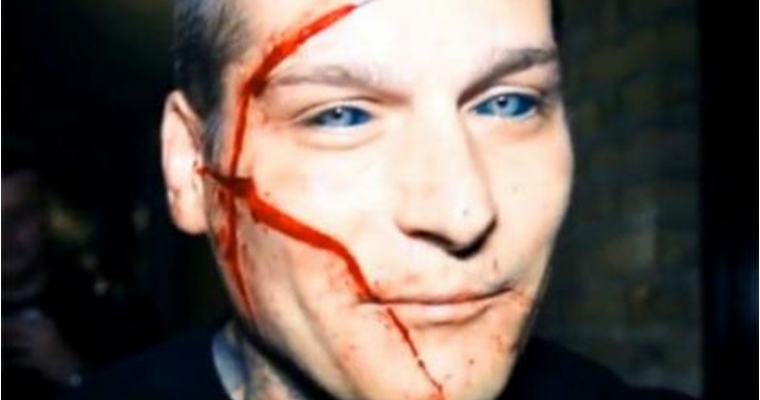 The title says it all. If you want to see a man have his eyes tattooed and then have his face cut open voluntarily you are in the right district.

I’ve got a couple of tattoos tucked out of the way on my back, most people seem to have one somewhere nowadays, it’s nothing particularly impressive. It’s not a surprise to see someone with a full sleeve or even neck tattoos which used to be fleetingly rare until the last few years when they’ve become chav mainstream. But some people always take it way too far. Although who am I to judge whether it’s too far or not. It may be too far for me, but just the perfect distance for them. As long as they’re happy with the mess they have made of themselves then whatever I guess.

So there’s this MMA fighter called Popek, who also does a bit of rapping on the side, he is double hard basically and very much into the old body modification vibe. So, he’s covered in tattoos already, but that’s not enough. He goes and gets both his eyes tattooed and then goes back a couple of weeks later and gets his face cut up big style. He looks like some sort of horror cartoon character. Pretty disturbing. I mean, I wouldn’t have wanted to meet a man of his stature in a dark alley anyway, but now I wouldn’t really like to see him in a brightly lit alley way, or in fact anywhere at all that was near me. I’m sure he’s a nice guy and everything but he looks terrifying. Just FYI, I found out from his Polish Wikipedia page that rapper in Polish is raper. This is an image from his newest album ‘Monster’. 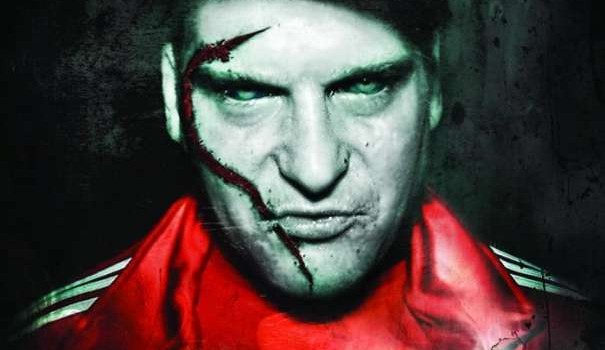 Thankfully for us (depending on how you look at it) he videoed his ordeal just for us. Not that it looks like much of an ordeal for him. Doesn’t even seem to grimace that much. I think he is officially a double hard bastard, if a little unhinged. So here he is getting his eyes tattooed. He actually comes across as a fairly normal guy when he’s talking. Not for the squeamish:

And this is rather gnarly, the guy is nuts I tell ya:

So if you thought you were hard, you were wrong. But at least you don’t look like a blood sucking, dog molesting, manga monster.

â˜› Read This Next: Weirdest Mugshots Ever #3