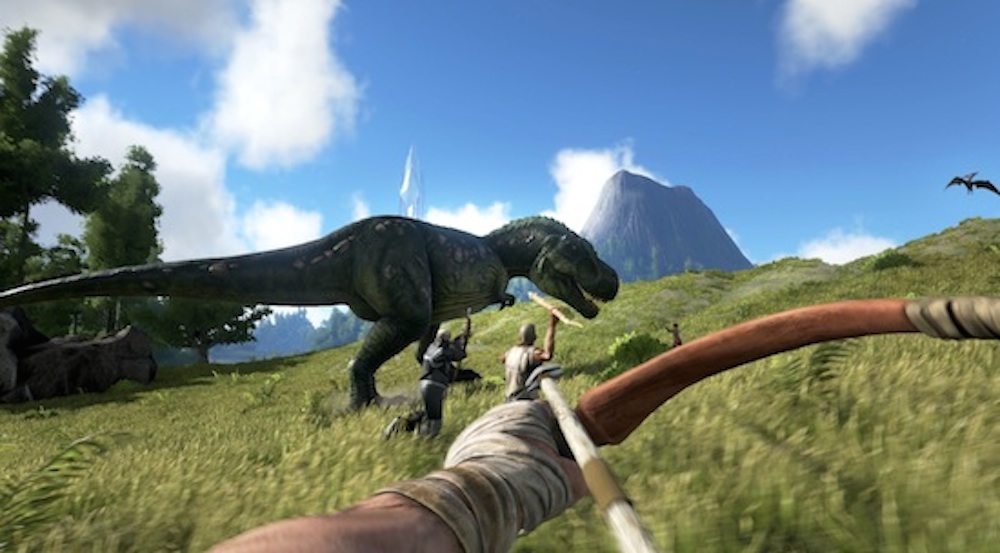 You and all your buddies have to ride dinosaurs and live off the land when you find yourself mysteriously stranded on a desert island.

Ark: Survival Evolved looks seriously incredible from this trailer, especially the first minute when you’re legging it away from a dinosaur to your village and then the dinosaur smashes through the wall of the village to attack you.

It’s billed as an online survival multiplayer game where you find yourself stranded on a mysterious desert island with a bunch of dinosaurs roaming around. From there you have to hunt, harvest, grow crops and build shelter in order to survive, as well as decide whether you want to ally yourselves with the dinosaurs or just hunt them and kill them. Kind of like Lost, only maybe without the polar bears and maybe it will actually make sense.

The ultimate aim of the game is to escape the island, but when it looks like living there and hanging out with everyone online hunting dinosaurs etc is so fun I’m not sure why you would want to. Definitely looking into this when it drops, not sure if it’s going to be as fully immersive as the fully immersive Night Terrors game that we featured yesterday though.