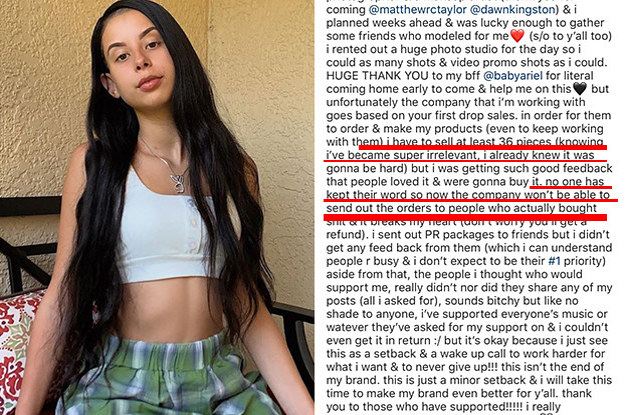 Tragic story of our times.

With everybody focused on Brexit, Donald Trump, knife crime and abortion laws, not enough attention is being paid to the plight of the Instagram ‘influencers’ who are struggling to make things happen despite racking up millions of followers.

Maybe it’s something to do with the Fyre Festival disaster which involved a lot of influencer bullshittery, but it seems unless you’re at the tippy top of the influencer game, things are on a pretty sharp decline across the board.

The influencer bubble is bursting. This young lady has well over 2 million followers and couldn’t sell 36 shirts. Focus on genuine engagement and not followers cuz they ain’t gonna buy a thing. pic.twitter.com/uOSVxc2k4D

Take 18-year-old Arii (@Arii) for example. She amassed 2.6 million followers the good old fashioned way – sharing photos of herself onto the Gram and Photoshopping/filtering the fuck out of them:

All Arii asked in return for blessing us with all those photos was that we promise to buy some of her T-shirts when they went on sale. And yet not even 36 out of 2.6 million of you ungrateful bastards bought one: 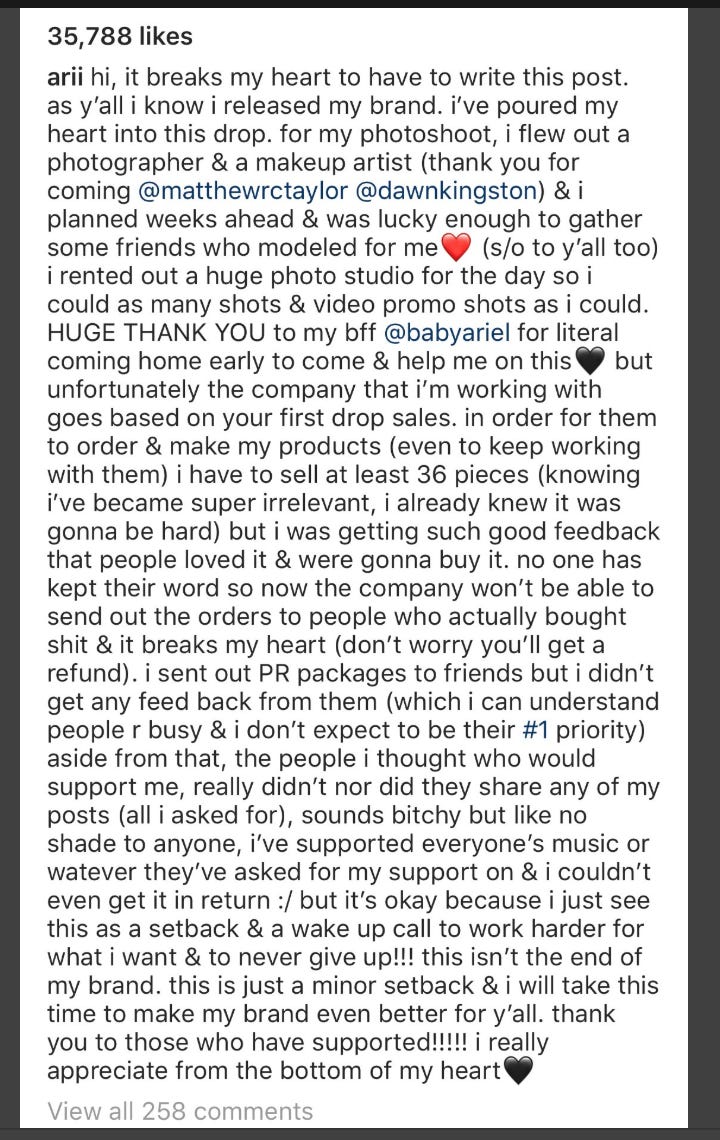 Heartbreaking stuff indeed. The only question that remains is can @Arii even be considered an influencer anymore? Yeah OK you’ve got over 2 million followers but it doesn’t really look like you’re influencing shit. Actually pretty tragic if you think about it.

Still, it’s not the biggest social media influencer fail of the month. That award goes to this young lady who tried to eat a live octopus, only to have it completely destroy her face.