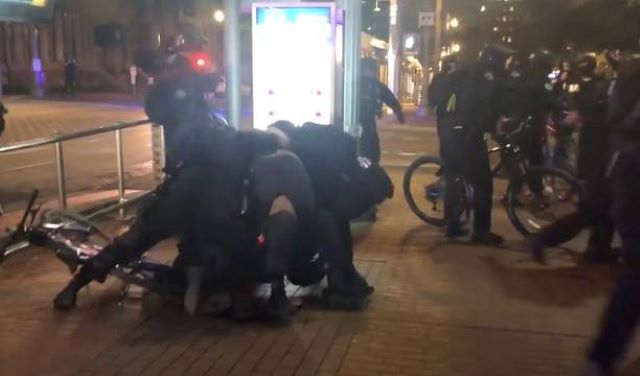 While it’s important to protest and have our voices heard when it comes to social justice, there’s always a minority of idiots who have to ruin it for everybody else by showing up to these events purely to cause trouble and live out their anarchist fantasies.

That seems to be the style of ANTIFA over in Portland, Oregon; a city which has basically been on fire for nearly 12 months now. Here’s what happened this week after one of these morons brainlessly sucker punched a police officer in the face:

Pretty amazing to think this sort of thing is happening night after night in Portland with no end in sight. The Mayor and police have been catching a lot of grief for not dealing with the situation and essentially allowing the riots to carry on, so it’s somewhat reassuring to see that they will at least act when someone straight up punches them in the face.

Anyway, it looks like the guilty verdict for Derek Chauvin has done little to ease tensions in these cities. How much longer before America breaks out into a full-blown civil war?

For the Proud Boys initiation video that went viral for being so unbelievably cringe, click HERE. What an embarrassment.