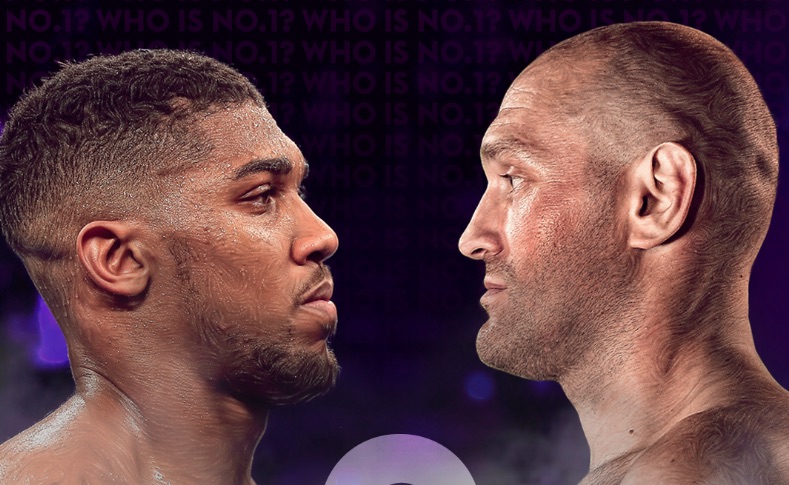 Ever since Anthony Joshua and Tyson Fury exploded onto the boxing scene, people have been wondering when the two of them would come face to face in the ring, but several other distractions have stopped this from happening over the years – be it Any Ruiz Jr or depression or whatever.

Both of them have regained their championships recently though and it seemed to many like this was the fight to make – even if Deontay Wilder and Ruiz Jr were skulking around in the background begging for rematches – and it seems now that an agreement has been made between the two camps and a two fight deal has been confirmed. Sky Sports broke the news with promoter Eddie Hearn saying the following:

There is still a lot to overcome. We are looking at venues and dates.

We have the Dillian Whyte mandatory which is due before this fight.

It’s fair to say [Joshua and Fury] are in agreement regarding the financial terms of the fight.

We’ve been talking to [Fury’s management team] MTK, giving them the assurances from Joshua’s side that all the details on the structure of the deal is approved from our side. And it is from Fury’s side, as well.

We’re in a good place. It’s fair to say that, in principle, both guys have agreed to that fight. Two fights.

[There’s] a lot to overcome in the meantime. We’re moving in the right direction. I’m confident that both guys have giving their blessing for the fight to go ahead.

The point of Fury, Joshua and the teams agreeing to the structure of the deal? The first fight could happen next summer. It will be 2021.

There is a big period of time where Whyte should get his shot at the title. That’s important to us.

The main positive news is that Joshua and Fury have agreed to a two-fight deal, in essence.

The most difficult part of any deal is the financial element. I believe we’re in a great place where both guys have agreed to what that should be.

We have not signed contracts because there are still things to be worked out.

We’re pushing towards a place where they can be drafted, for 2021.

Both guys are in agreement. The structure of the deal has been put forward, and agreed to by both parties.

I mean that isn’t as exciting as announcing a date or whatever is it and there’s still Dillian Whyte’s title shot and Joshua is meant to be fighting Pulev too, but assuming that all goes without a hitch I guess we could be having really fun 2021. It’s probably going to be really fun regardless sure thanks to this year being a write off, but even so everyone will be pumped up for Fury V Joshua.

For more of the same, check out Fury trash talking Joshua for getting knocked out by Andy Ruiz Jr. That’s some funny stuff.