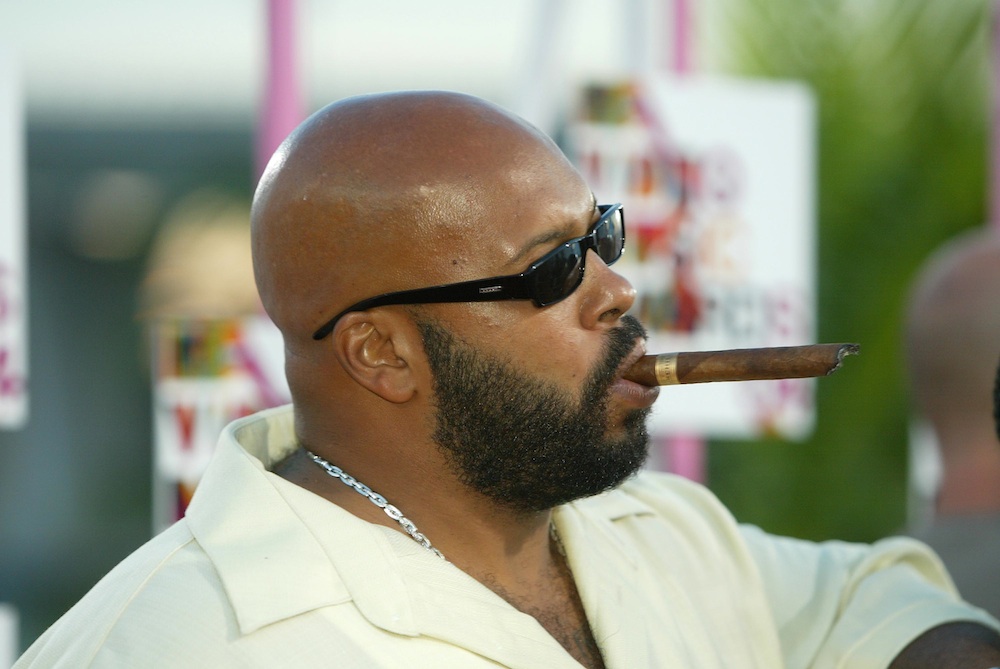 This probably isnâ€™t going to do his defence any favours.

No sooner had the actual video of Suge Knight murdering his friend Terry Carter at Tam’s been revealed to the public, then another video of him doing the exact same thing – only minus the murder –  a couple of years ago has emerged.

In this recording, Suge was hanging out outside an LA nightclub when he gets into an altercation with someone else. Katt Williams is also present running around acting like a madman and screaming at everyone. You can clearly see Suge throw a punch at someone during the film, and then he jumps into the driver’s seat of his SUV – with Katt in the back – ready to get the hell out of there.

Unfortunately for him a huge crowd gathers around his SUV preventing their exit. Instead of waiting for them to disperse by beeping the horn or yelling for them to get out of the way, Suge just pumps it and ploughs through the crowd to the distress of the guy filming the incident. He knocks at least one person over, although the fallout clearly isn’t as bad as it was in his recent incident that led to a murder trial.

This video probably isn’t going to do Suge any favours though as it shows that he has an MO for this kind of stuff and doesn’t early care bout the safety of others when he’s driving his car. This could prove to be a vital part of the case when it eventually goes to trial.