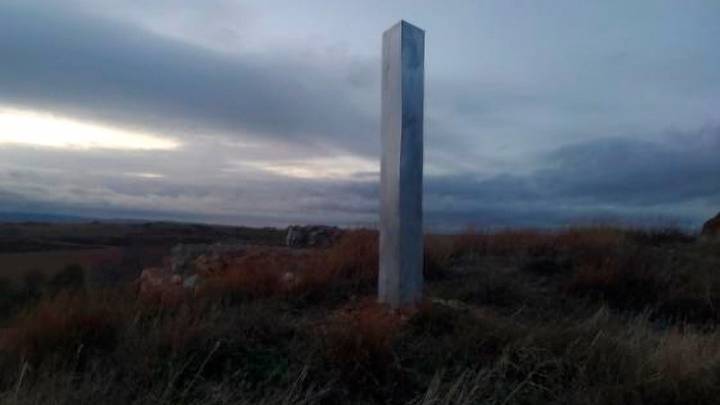 The monoliths are coming thick and fast now.

Yesterday, there were new monoliths discovered on the Isle Of Wight, in the Netherlands and a gold one in Colombia which suggests that the whole monolith movement is picking up speed and we might finally discover what it’s all about very soon.

It doesn’t look like that day is going to be today though as another two monoliths have been discovered at random locations in the world, with one being found near the ruined Iglesia de Santiago (Santiago Church) in the municipality of Ayllon, Castile and Leon and the other being found near the Pan American Parkway in Albuquerque, New Mexico. Here’s video footage of both of the new monolith – the ABQ one has even be shared by the mayor of the city:

We want to believe. #Monolith has been spotted in ABQ! What do you think it means?#abqmonolith #OneAlbuquerque pic.twitter.com/axRV31JXus

So what are we thinking now? Still some weird global campaign for some still unknown product? Or are people with easy access to metalwork equipment just joining in all over the world after seeing that first one in Utah to try and fool everyone into thinking that aliens are legitimately on the verge of taking over? Or maybe it’s something else or maybe aliens are actually finally going to make their eagerly awaited debut on the planet?

Whatever it is, I think we need to start seeing some results or at least some clues and not just random monoliths appearing everywhere all over the world. We need to enter the endgame now otherwise people are just going to get bored. Just saying.

For more of the same, check out the group claiming responsibility for the original Utah monolith. Do you think it’s true?