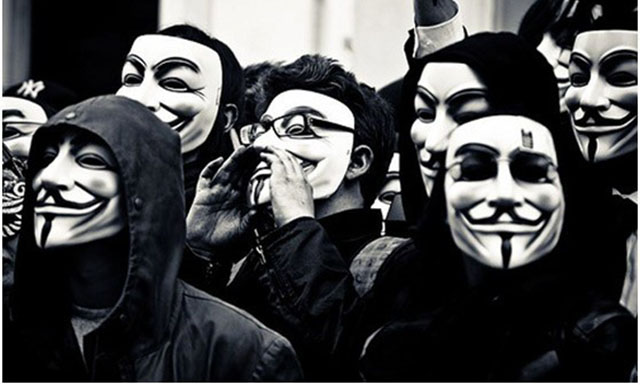 There’s something just a tad bit ironic about the face of the Anonymous activism group.

I’m a bit nervous even writing about Anonymous because I’m pretty sure they could turn my whole world upside down with a few strokes of their keyboards if they wanted to, but I came across a little nugget of info in an old Guardian article the other day that kind of takes away from their whole agenda a little bit.

First, in case you don’t know, the Anonymous mask uses the same Guy Fawkes design popularised by the 2008 film of Alan Moore’s graphic novel V For Vendetta. It became very popular on the anti-government activism scene, both for those fighting against government immortality or hacktivists like Anonymous, and people who just want to look cool or whatever. 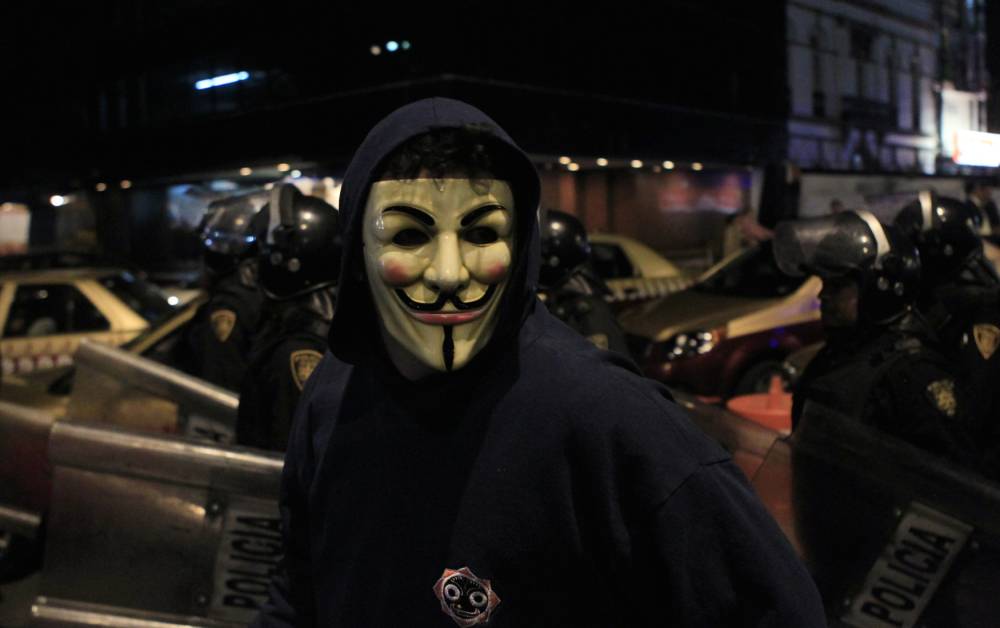 Anyway, the irony is that the V mask itself is a copyright product. It’s made by manufacturer Rubies Costume Company, which sells over 100,000 of the masks each year, and every time they do a cut of the profit goes to Warner Bros (who made the V for Vendetta film).

Warner Bros is of course one of Hollywood’s six major film studios, a subsidiary of Time Warner and a member of the Motion Picture Association of America — Anonymous’s rival in the never-ending fight over online piracy. So the capitalist giant is actually making money from the Anonymous mask wearers who want to bring them down.

Like I said, not about to say a single negative thing about the Anonymous crew, in fact I rate a lot of the things they’ve done like the time they stuck it to the Westboro Baptist Church, but perhaps they’ve gone a little counter-productive by making the mask their thing. Oh well, too late now I suppose.