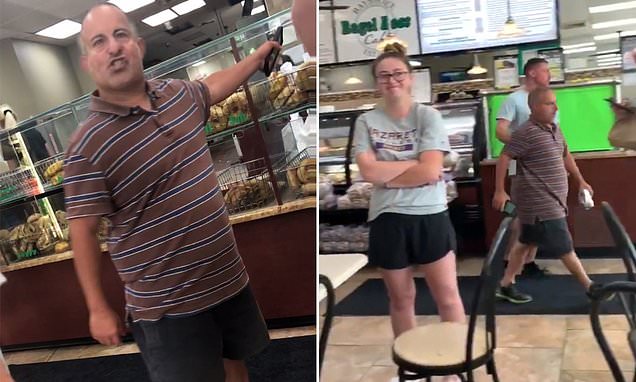 I feel bad for this guy.

Yesterday we shared a video of the angriest man in the world going ballistic in a bagel shop over the fact that no woman wants to date him because he’s 5 foot tall.

Well it turns out more than one person had their smartphones out during this guy’s outburst and someone caught what happened after the little guy was wrestled to the ground:

If you guys wanted to know what happen next, here ya go pic.twitter.com/jOHzispksW

Ouch. You can actually see the moment his soul gets cut in half when that woman starts cackling at him.

The first 100 times I watched the original video I thought it was laugh out loud funny but now I just feel bad for the guy. Although I have to admit it was pretty funny the way he went back to get his bagel after making a big show of dumping it on the floor and leaving without it.

As unpleasant as this guy is though he obviously lives a very miserable life so let’s hope he finds what he needs to become a better and happier person, or just someone who doesn’t throw misogynistic fits in bagel shops in the middle of the morning.

For the man who discovered his wife had slept with a dwarf on her hen night, click HERE. Who says they can’t get laid eh?