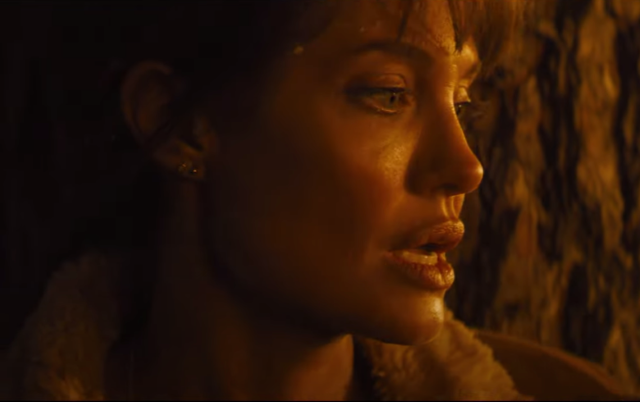 Angelina Jolie is back.

It’s been a while since Angelina Jolie was in anything decent, but that could be about to change with ‘Those Who Wish Me Dead’, written/directed by Taylor Sheridan (Sicario, Hell or High Water, Wind River).

While reeling from the loss of three lives she failed to save in a fire, smoke jumper Hannah comes across a traumatised 12-year-old boy with nowhere else to turn.

Was that the UK’s very own Nicholas Hoult playing a hitman who hunts down Angelina Jolie in the middle of a forest fire? Yes, yes it was. Here’s the rest of the cast:

It’s worth noting that this is based on a book of the same name that was apparently really good, so let’s hope the movie does it justice. Pretty good chance considering the author of the book, Michael Koryta, co-wrote the film.

Since Jolie is swinging a climbing axe maybe we can also pretend that we’re watching Lara Croft in her post-Tomb Raider retirement phase? Can’t wait to catch this when it drops May 14th.

For a look at the immense new trailer for the ‘Loki’ TV series, click HERE.