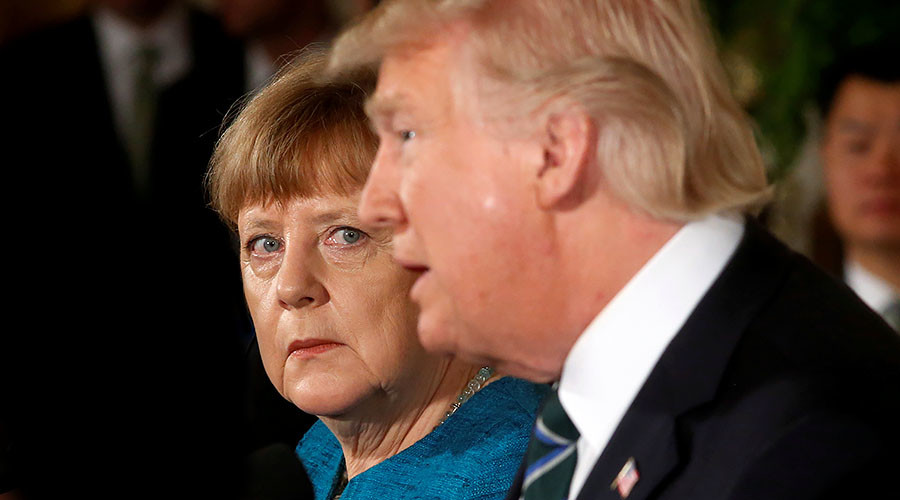 World leaders haven’t exactly made it a secret that some of them aren’t too enamoured with the prospect of Donald Trump as the President Of United States, and German Chancellor Angela Merkel yesterday took the opportunity to completely diss him at the opening of the new NATO headquarters in Brussels.

The HQ includes a monument that features two fragments of the Berlin Wall and Merkel spoke about her own childhood growing up behind the wall in East Berlin, including the following classic line that’s obviously meant for Trump:

I’ve learned that it’s not walls that will be successful, but open societies that are built on common values.

Lol. Thinly veiled diss or what? Let’s hope she can do something about Trump building that wall across the border, although given the fact that he seems to have made little to no progress on it over the last few months I’m not sure if we need to be too worried about that actually happening.

For what it’s worth Donald Trump also spoke later at the event, using his platform to demand more money from NATO members for the protection provided by the US military and not clarify his position on Article 5, which states that NATO members will come to one another’s aid in times of crisis. Covering himself in glory, as usual.

For more Trump mishaps from the NATO launch, check him out shoving the Prime Minister of Montenegro out of the way so he can get to the front. Baby.