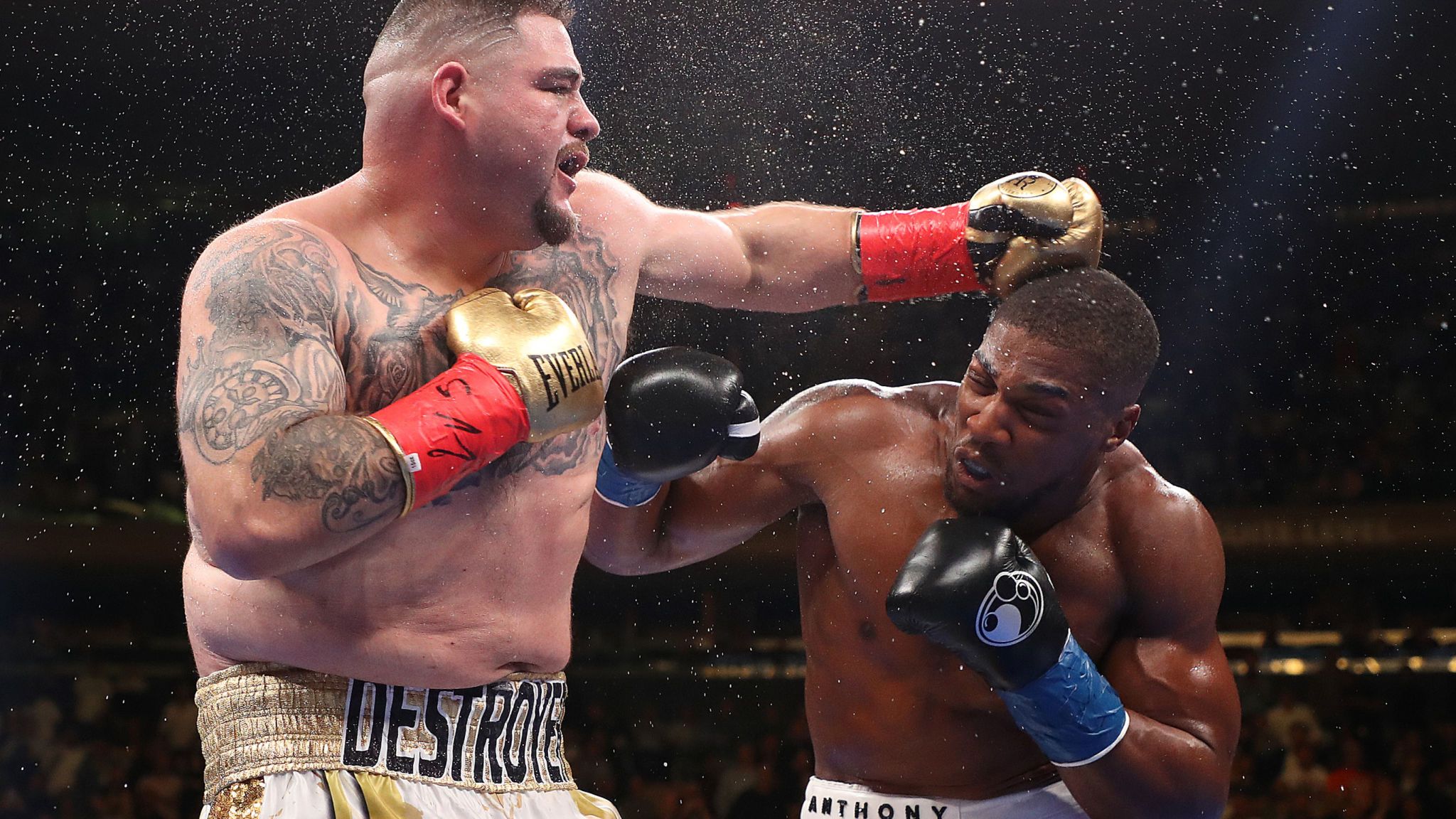 Maybe we should have seen this coming.

The world is still in shock over Andy Ruiz Jr managing to completely dominate a guy who looked way more in shape than him on Saturday in Anthony Joshua, but maybe we shouldn’t have been so surprised when clips like this emerge.

The video comes courtesy of Inside Boxing over in the states, where it shows Andy Ruiz Jr going up against a punching machine and absolutely smashing it out of the blocks, picking up a score of 967. He’s also nonchalantly eating a chocolate bar whilst he’s doing it which is definitely on brand for the guy.

Anyway, you might remember Anthony Joshua appeared on Graham Norton a couple of years back and had a go on the same punching machine and whilst his score of 848 was enough to beat the other guests Rachel Weisz, Martin Freeman and Greg Davies, it still’s well under Andy Ruiz Jr’s score. If only we had known then some people might have been calling this before the weekend hey?

Not necessarily. A lot of boxing and combat sports about who is tougher and has enough stamina to last the full 12 rounds and you would have been forgiven for thinking that Ruiz might not have been able to make it given his physique. Given that his only other loss was going 12 rounds with Joseph Parker though, maybe we should have given Ruiz more of a chance. Too late now I guess.

Apparently, The Simpsons actually called this one a while ago though. Take a look on that link if you don’t believe me.