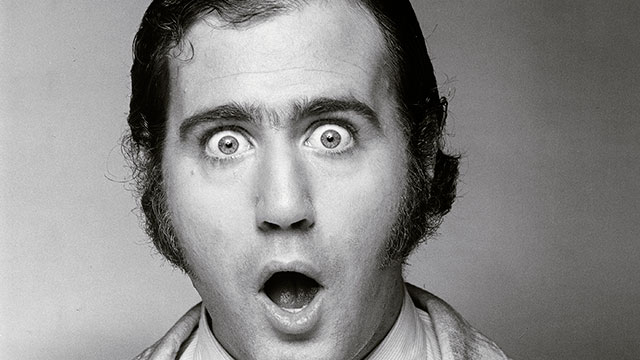 Andy Kaufman is one of the most famous comedians of all time, although you might not have heard of him unless you saw the movie starring Jim Carrey about him (Man In The Moon) as he died way back in 1984, probably before most of you were born. Did he actually die though? In the past few days some strange evidence has appeared to suggest that he might actually still be alive. Andy allegedly died in ‘mysterious circumstances’ due to a rare form of cancer at the age of 35. The death was so quick and unexpected that it left many of is friends and family questioning its legitimacy, although there are those such as his manager George Shapiro who claim to have been at his bedside in the hospital when he passed away.

The story begins way back in 1984 when Andy’s brother, Michael, said he was going through some of Andy’s things following his alleged death. These included a detailed letter in which he explained how he would go about faking his own death –  this was a topic he apparently talked about at great length throughout his life – and that he would reappear at a certain restaurant on Christmas Eve in 1999. Michael waited until that day and showed up at said restaurant, where stuff gets even weirder.

Andy Kaufman unfortunately didn’t show up but Michael was handed a letter by a security guard that was said to be from him. In this letter, Kaufman explained that he had faked his death and was still alive, and had done this because he wanted a quiet life away from show business. He also explained that he had met and fallen in love with a woman and had a daughter, and he also asked Michael to not mention any of this whilst his father was still alive for fear of being discovered.

Nothing really happens then until this year when the Kaufman’s father Stanley passed away aged 90. He related what happened next on stage at the 9th annual Andy Kaufman Comedy Awards on Monday at the Gotham Club in New York City. Michael stated that one month after his death he got a call from a woman claiming that she was Andy Kaufman’s 24 year old daughter. At first he wasn’t convinced but then she said that she knew a lot of details about the two of them which critically included a secret handshake that the pair had.

Michael then brought the girl up onto the stage to talk about his brother. Here’s the tape:

So, are we convinced that Andy Kaufman faked his death 29 years ago and has been living in relative obscurity as a stay at home dad all this time? Not quite. Find out why over the page.