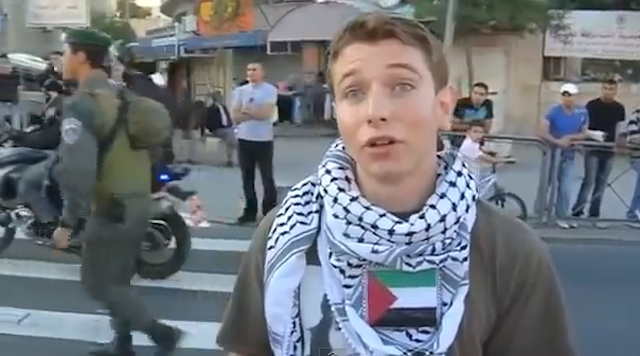 This brave young Jew speaks out against the Arab Israeli conflict and gets shut down the only way Israel knows how to do it.

The title of this article pretty much describes all you need to know about the video, but I’ll give you a brief rundown in case you don’t have three and a half minutes to watch it.

There’s a young Jewish American guy on the streets of Israel. I’m not really sure what he’s doing there but he doesn’t seem to be doing anything violent or even making that much of a scene, although there are a bunch of television cameras around the area.

He tells one of them that he’s a young American Jew over in Israel protesting against their illegal occupation of Palestine and arguing that it’s not representative of the mentality of the worldwide Jewish diaspora, despite what is often assumed. No sooner has he said this then a bunch of Israeli police come over, try and steal his passport, rough him up (I wouldn’t go as far as to say they beat him up) and then arrest him.

For what? I’m unsure but I guess Israel can pretty much do what they want because nobody is going to stop them. I dread to think what is happening to this guy right now over there but I hope that the fact that it was filmed draws some attention to his plight and gets him the hell out of there.

I also hope that the fact that this video is being shared around the internet draws some attention to the Arab Israeli conflict (not that there isn’t enough already, but you know amongst people that may not be so aware) and all the terrible shit that is going down there and has been for the last seventy years. I hope it plays some small part in finally sorting all that out but I realise that’s pretty naive. A boy can hope though right?