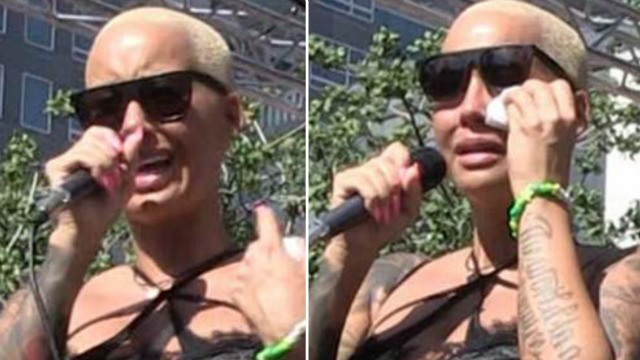 This speech took some major balls.

The other day Amber Rose held her SlutWalk event in LA, which encourages women to be comfortable and open about their sexual freedom while protesting against sexism and raising awareness of sexist abuse.

She ended up taking to the stage and telling a story about how she was slut-shamed as a 14 year old at school after getting caught in a compromising position with another boy, and then likening it to ex-boyfriend Kanye West and ex-husband Wiz Khalifa also shaming her as an adult.

Here’s the speech in full:

So that was kind of like Martin Luther King’s “I Have A Dream” speech, except instead of civil rights Amber Rose is fighting for the right to act like a “slut” and not feel judged for it. Sharing photos of that phat ass on Instagram is her bread and butter after all.

Whatever you think of Amber Rose it takes major balls to get up there and tell those stories, let alone spearhead an event like this, and respect to her for forgiving everyone who ever slut shamed her in the past. That was particularly brutal when Kanye said he had to take 100 showers after hooking up with her.

Not that she doesn’t know how to dish out the abuse herself. 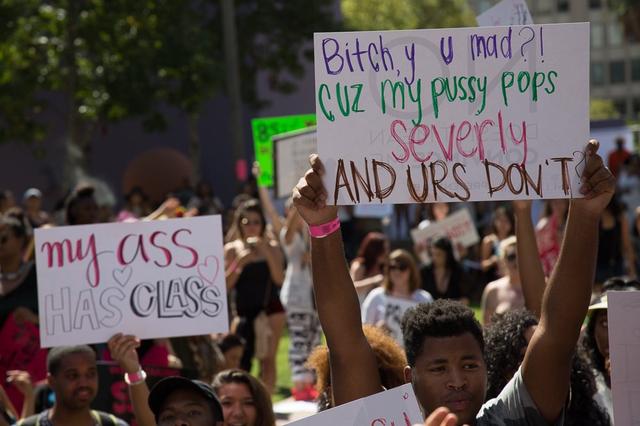