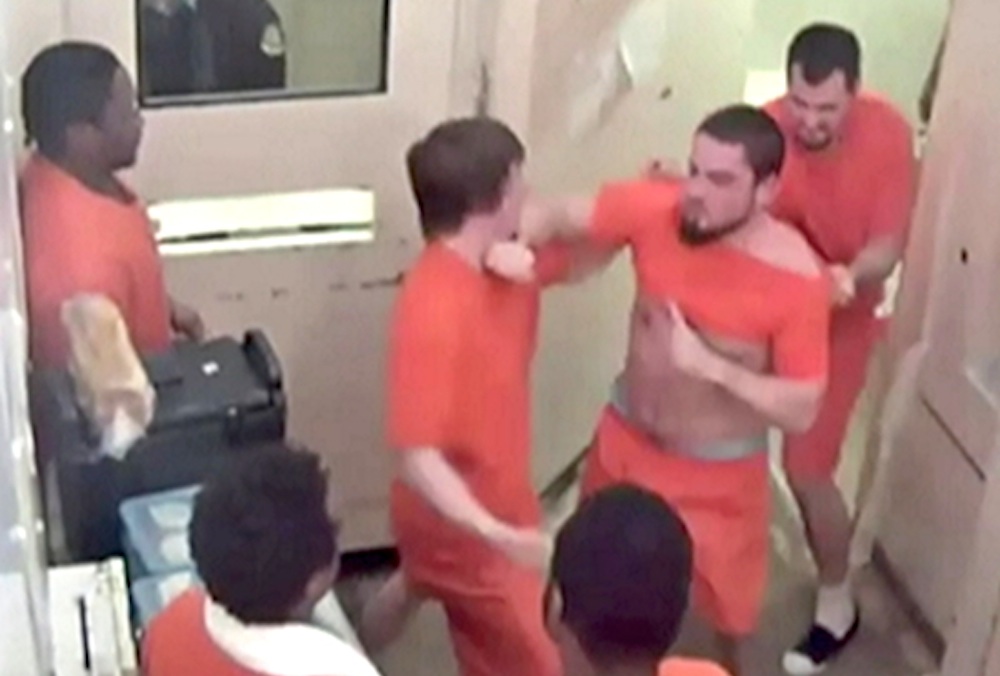 He also apparently threatened to kill the other inmate’s family too if he didn’t convert.

24 year old Carlos Larmond is currently being held on terrorism charges in the Ottawa-Carleton detention centre alongside his twin brother and is allegedly trying to convert other inmates within the prison to Islam, even going as far as to threaten to kill their families if they didn’t comply with his requests.

One 24 year old inmate named Terence Wilson wasn’t going to take this though and decided to teach Larmond a lesson one day before lunch. Enlisting the help of his fellow inmates – who obviously weren’t too happy about what he was up to either – who surround him and prevent him from escaping, Wilson and another inmate ruthlessly beat down Larmond until a correctional officer is able to interfere and escort him away.

He suffered a black eye and broken left hand in the beating.

Wilson plead guilty to the beatdown and was fined $13 and sentenced to an extra 60 days in the slammer. That’s probably worth it to make sure your whole family doesn’t die.

Prison is brutal as you can se by this incident, but it’s nowhere near as messed up as what went on in this Brazilian prison a couple of years ago.