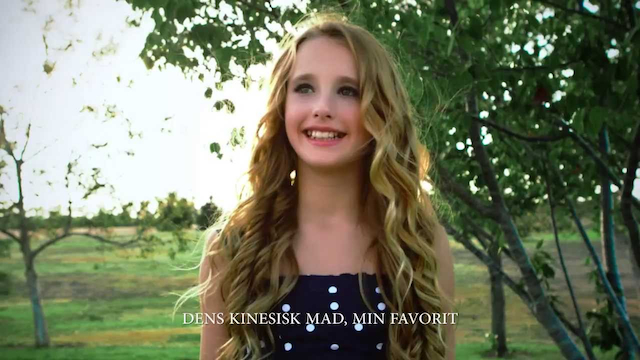 The sequel to Rebecca Black’s Friday has arrived and it’s even worse than you can possibly imagine.

Remember Rebecca Black’s Friday, the song that was so bad that it literally became the biggest hit of the year a couple of years back because it was so bad? Well the people behind Friday – Ark Music Factory and in particular a guy called Patrice Wilson – have returned with a new young idiot girl who this time has been tasked to sing about Chinese Food rather than a day of the week. Here’s the chorus, which sounds about as inane as it looks written down:

What’s weirder is that she’s singing about how she really wants Chinese food after hitting the clubs, when she looks about 8 years old and there’s no way she’s ever been to a club in her life. I read somewhere that she was only five years old but I don’t think that can possibly be true, although they do grow up fast these days.

The video doesn’t relate to the lyrics that much either, aside from the fact it’s based around her getting Chinese food because she’s not in the club when she starts craving Chinese food and instead is just walking around a park. She then hits up a strip club (AKA chinese restaurant) full of other 8 year olds and eats some noodles amongst other assorted dishes (all of which she names) before a giant panda (re: guy in a panda costume) jumps out of nowhere and makes friends with her, thanks to a message both of them receive in their fortune cookies. No, I’m not making any of this up. 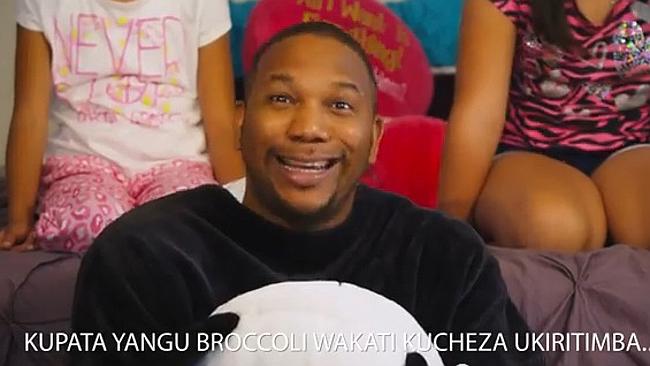 In an amazing twist, the guy in the panda suit is actually the man behind the magic Patrice Wilson, who appears in one of his videos for the first time. He performs a little rap in an Asian voice which is especially cringe/possibly racist.  The video becomes more and more inappropriate as some 7 year old geishas appear and the giant panda – who we now know is actually a middle aged man – has a pillow fight with a bunch of 7 year old girls at a slumber party where they’re also playing a Chinese version of Monopoly. One of the roads is called ‘Oriental Avenue’.

Has Peadobear been reborn as a panda?

Check out the video below but be warned, you’ll have that stupid chorus in your head all day, especially the m-m-m-mein bit. You can’t even imagine how much you’re gonna hate that part until you hear it. And for some reason it features subtitles in a bunch of different languages. Couldn’t figure that out but I suppose it has something to do with Chinese food being universally loved all over the world?