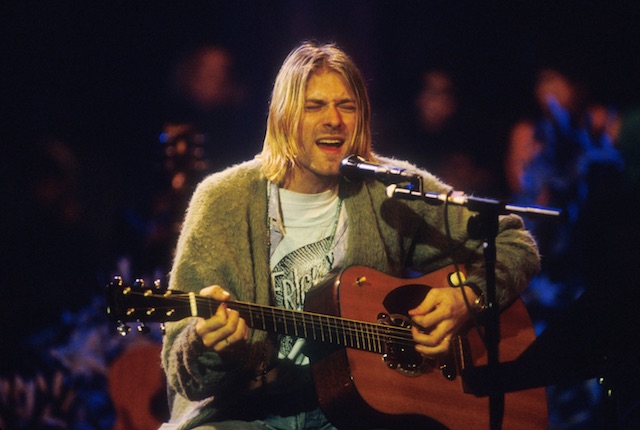 We already had one creepy article today where I talked about guys sliding into Iggy Azalea’s DMs and trying to hook up with her and now it’s time for a different kind of a creepy as a computer AI is writing songs for deceased artists and they’re coming out mightily accurate.

The project comes courtesy of Over The Bridge and is called ‘Lost Tapes Of The 27 Club’ and so far only features Kurt Cobain and Amy Winehouse, but let me tell you if you heard one of these two on the radio back in the day then I don’t think you would even question that it was actually them. Have a listen to the two tracks below and see what you think:

That’s very weird there isn’t it? I know neither of them are exactly right, but they’re pretty damn close aren’t they? And with a bit more work you could probably chop it around a bit to make it even more authentic. Really haunting and kinda scary for the future of music if an AI can just make new stuff all the time. Not to get all Skynet on everyone though.

In case you’re wondering how Over The Bridge managed to do this, they teamed up with Google’s Magenta program which is apparently doing this sort of stuff all the time by ‘examining each artist’s note choices, rhythmic quirks, and preferences for harmony in the MIDI file’. Their staff then chopped it all together to make the ‘songs’ that you heard above, so at least there’s still some use for humans in this process. Thank God.