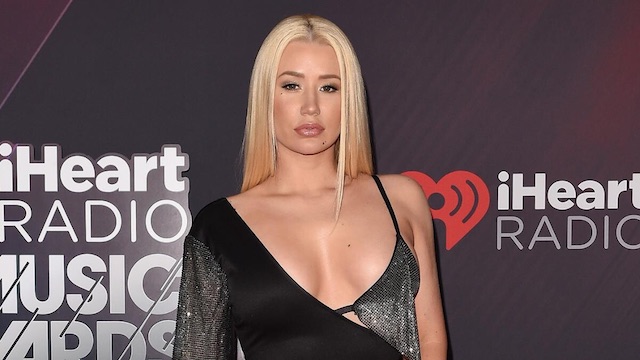 Is this ever going to work?

The fact that social media means that you can now pretty much contact your celebrity of choice instantly has sadly led to thousands of loser men messaging female celebrities trying to hook up with them and I guess I kinda knew this was happening, but not to the extent that Iggy Azalea is now illustrating it.

I had kinda forgot Iggy Azalea existed but I guess loads of thirsty men haven’t judging by the messages she seems to still be getting on the regular. She decided to make a TikTok on Sunday night featuring some of the DMS she had received recently and well, it’s predictably really gross:

Lol it’s annoying that you have to pause that to see some of them, but let me tell you it’s well worth taking the time to do so because the variety of different tactics that guys are trying with her are absolutely hilarious even though they’re a bit sad and creepy. I think it’s a toss up between the guy who sent ‘i love you’ over and over again to her and the guy who opened with ‘I think your music is crap’ for my favourite, although an honourable mention has to go to the guy who offered her $15,000 for a conversation and this other one who just solely said that he wanted to kiss the inside of her butthole.

I guess it’s kind of funny thinking that this is going to work but it’s also very indicative of incel behaviour so I’m not so sure it’s actually that hysterical. It’s just really problematic really isn’t it? Stop doing stuff like this basically if you’re one of them.

For more of the same, check out when Iggy Azalea did these really weird raps which literally didn’t make any sense. So silly.