Adele hasn’t really been in the public eye much recently following the end of her world tour and divorce from Simon Konecki, but I doubt anyone would have thought that this was because she was pursuing a relationship with Skepta.

Turns out this is exactly what she has been up to though, according to sources at The Sun who have said the following about the pair: 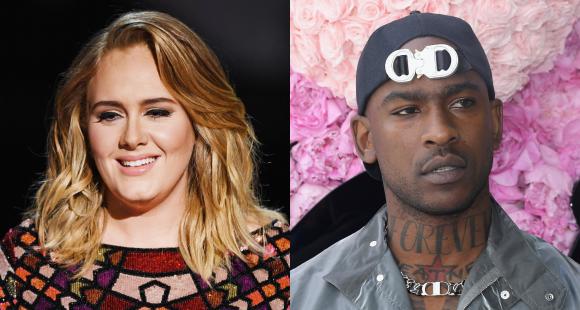 Adele and Skepta have been there for each other a lot after both their relationships split up.

They have a close bond and there’s definitely a special connection.

They’re spending more and more time together. Some of their friends are hoping and predicting they could end up being a great couple one day.

They are both private about their love lives and they are both committed to their children first and foremost as well.

Well that doesn’t really sound that like it’s going anywhere but who knows? Apparently the pair have a connection because they’re both from Tottenham and also both recently went to the Crystal Maze experience to celebrate Skepta’s 37th birthday a couple of weeks ago, but is there really more to it than that? Would be such a weird couple and can you imagine what their duet might sound like? Gonna hedge my bets on this one – mainly because I don’t wanna hear that collabo – but you never know.

For more of the same, check out what Adele had to say about her divorce earlier this year. Totally owning it like the boss she is.